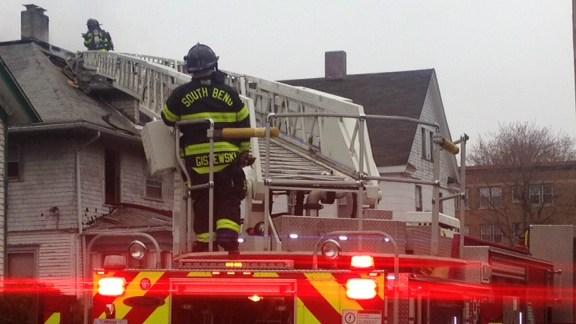 Crews responded Thursday morning just after 8:00 a.m. to a house fire in the 200 block of North Taylor Street in South Bend.

Multiple fire trucks responded to the fire to put out the flames.

South Bend Fire says one person was sleeping on the the couch and was able to get to safety.

The fire is said to have started on the second floor of the home.

Battalion Chief Kevin Kolber said, "Some of these houses are really close together. It could have been a lot worse than what it was."

"We got everybody out and got it under control pretty quick" said Kolber.