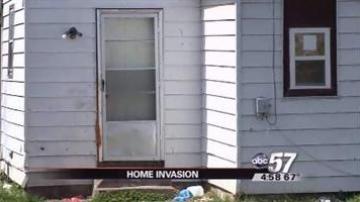 The man said he didn't have what they were looking for.

The victim said that's when he was attacked.

"To see if these people were specifically targeted. They have only been in the home for a couple of months. One of the parties there said he had only been there a couple of weeks as a matter of fact," Det. Sgt. Ian McQueen of the South Bend Police Department.

The thugs also went through the house before they took off.

The man is expected to be okay.

So far, there is no word on any suspects.