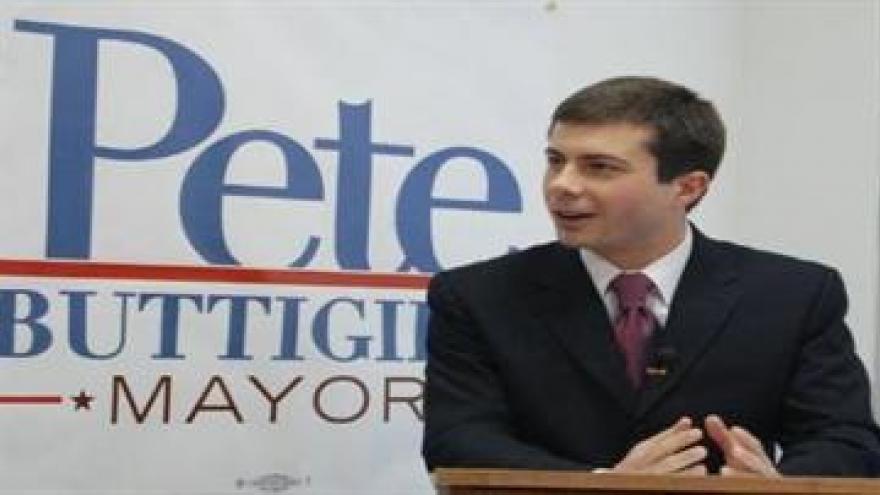 Buttigieg was a guest at Emmanuel Community Church for Empowerment Saturdays. At the event he reflected on his first 100 days in office. The discussion quickly turned to the federal investigation into the South Bend Police Department.

"I know there are going to be a number of questions and ideas among the members of this audience," the Mayor started out.

With that, the questions started, one-by-one, most about the investigation.

"I don't think that was a decision that was made by you but we don't know who the back players was that you met with to make that decision because we know it wasn't the council members," a gentleman, who stepped up to the open mic, said.

The most heated comment compared the crisis in South Bend to the attack on September 11th.

"You are the pilot, because you say you are. Since you have been here, already the Twin Towers, you took that plane and boom. Those towers then already fell," a gentleman said, only a couple of hands could be heard clapping after the statement. The Mayor remained emotionless and didn't respond, taking the next question.

The Mayor was asked if any other personnel changes can be expected amidst this investigation.

"Unfortunately, I can't get into personnel matters, what I can say is I want this resolved as quickly as possible," Buttigieg replied.

That investigation, as we have been exclusively reporting, surrounds recordings of a Metro Homicide Investigator talking with a South Bend detective. In the recordings we have learned there were several racial slurs about Chief Darryl Boykins. The Mayor announced Saturday that the investigation is over.

"The primary investigation has concluded. What has not concluded is, my opportunity to fix the problem," Buttigieg said.

"Is it fixed or is it a band-aid on it?" A gentleman stood up and asked.

"It's, the problem that led to the investigation is a problem that is being fixed completely," the Mayor responded.

A man stood up and accused the Mayor of only inviting white kids to an event where he claimed the Mayor said, "These faces are the faces of the future here in South Bend."

The Mayor quickly snapped back, "I have to be the Mayor for everybody, every man, woman, and child in this community and I don't do a color check at the door of the office."

The Mayor also said that he wasn't sure which event the gentleman was referring to and said he doesn't hand pick certain children to attend events that he is holding.

With eight young people under the age of 21 shot in the city over the past couple of months, three killed, the Mayor was also asked for a solution.

"I think it's going to take a community wide strategy. We need a comprehensive strategy to tackle youth violence. We have to act fast and we have to act together, there are no magic wands for this. It's clear we have not done enough so I'm going to keep working to see what else we can do."