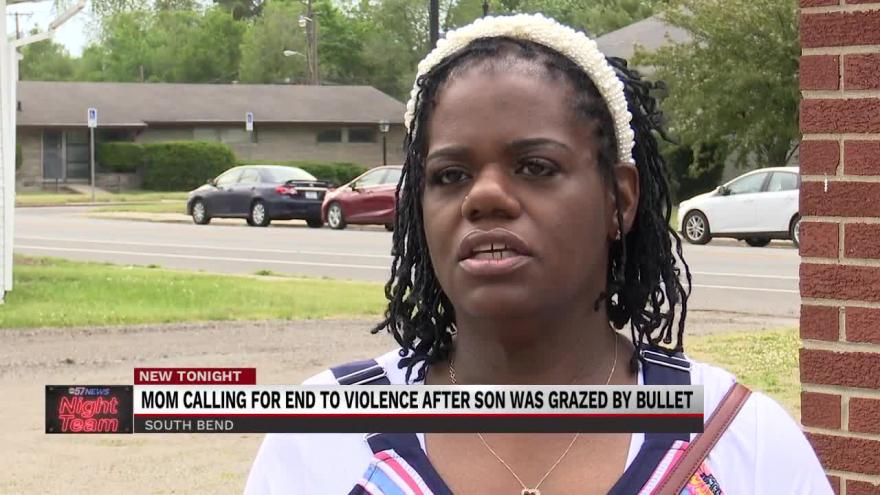 Kartika Putman is tired of living in violence.

“Its been bullets shooting over there like crazy. All night long,” Putman said.

She's a mother of three in South Bend's Westside, and says she's frustrated with the lack of help her and her neighbors are getting from law enforcement.

Dozens of those bullets were fired near Kartika’s home on S Meade St.

Putman says at least one of those bullets, sent one of her sons to the hospital.

“you know it makes me think… the people that’s been doing these shootings, they’ve taken over,” Putman said.

She said it's normal to hear gunshots in her neighborhood, typical to see younger folks carrying a weapon, and even admits her son who ended up in the hospital was mixed up in a bad crowd.  But when she went to law enforcement, Putman said it was tough to find help from police to stop the shootings before they happened, rather than just wait to pick up shell casings.

“You want to prevent things from happening before it even starts,” Putman said. “So that’s why I went down there, to try and get some help, But there was no results.”

South Bend Group Violence Intervention Strategy brings in organizations like Goodwill S.A.V.E. to help respond to (mostly gang) violence, and bring in social services. Putman would like to see this expanded in South Bend to include more violence intervention officers, specifically focused on stopping crimes before they happen.

“Something’s got to give, because this is getting ridiculous,” Putman said.

Goodwill S.A.V.E. uses de-escalation and prevention to help save lives. To refer yourself, a family member, or a friend to the program, send an email to save@goodwill-ni.org

ABC57 has reached out to the South Bend Police Department for a response to the mother's frustrations. The department's response will be added to this story