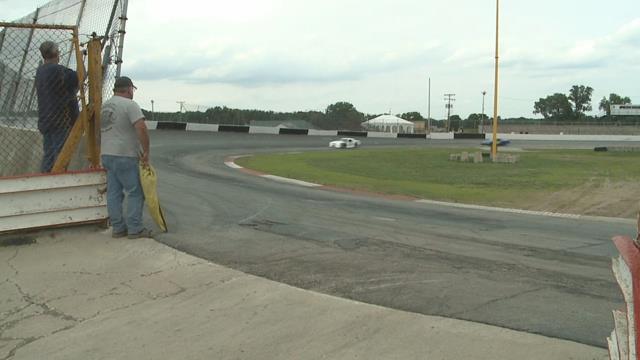 The South Bend Motor Speedway has been a staple in the South Bend area for a long time and now the track is under new ownership.

Two brothers from Lakeville bought the speedway and announced the change in ownership on their Facebook page and website over the weekend.

Kevin and Vernon Sauer grew up going to the speedway ever since they were children.

“My dad used to race when we were little kids and we used to come out here and ever since the family started growing bigger, he got out of that and we’ve been coming here ever since,” Kevin Sauer, co-owner, said.

“It’s been a family experience. They made it a family experience for us and that’s what we’re going to try to put back here. Dad and mom used to always take us to the track. Dad raced and mom raced one time and actually won the first race she was in,” said co-owner Vernon Sauer.

For them going to the track on the weekend was always a family affair and they want to bring that back.

“I remember when we were kids, this place was packed. That’s what we want to get it back to,” said Kevin.

“We’ve got to make more changes to get more cars to the track,” Vernon said.

The two are excited to take on this new endeavor together.

“I really can’t believe me and my brother are in this venture. My mom and dad are ecstatic about this and we owe it to them for raising us this way,” Vernon added.

They said they have a lot of work that needs to be done and they have two main priorities they are going to focus on.

“We got a lot to do. There’s a lot of things to do around here, to fix up to get the crowd back to where it used to be. We have to get bathrooms out here. The second is the pavement. It needs to be resurfaced and redone to make it raceable,” said Kevin.

There are also other miscellaneous projects that will start in the future but renovating the track is crucial for its future.

They said the track will not be an empty place.

“The family and kids will have a great time. This track is not going to sit idle every day of the week,” Kevin added.

In the future, they have talked about the possibility of having concerts and rodeos at the track.

Renovations could start as early as next week but they have to get permits and do paperwork before construction can begin.

Racing season will begin in April 2016.