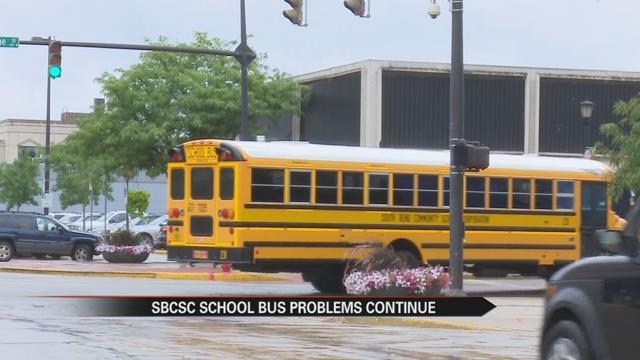 Just a week into the new school year and parents are saying the same school bus problems of the past continue in South Bend.

“It’s not surprising and it is going to continue to be this way,” says a South Bend parent and former bus driver.

The former bus driver did not want to give her name because she now holds a different role in the city but says seeing various parents report late school buses was not shocking.

“They have been plenty of students out there that have been up to two hours late, they are missing instruction time,” says the parent.

The South Bend School Corporation is suggesting parents call its hot line or use the GPS tracking system to figure out where the buses are but this mom says it’s not solving the problem.

“The hot line happens every year, the hotline is generally maned by temporary employees who are just given basic knowledge of the compute system,” says the parent.

This woman says it’s unfortunate to pay taxes year after year without any real solution to keep her kids from losing time in the classroom.

“We are paying for good service and not every parent has a vehicle to get their child to and from school,” says the parent.

Still the school corporation is focusing on its transportation hotline adding that it added more people to answer phones.