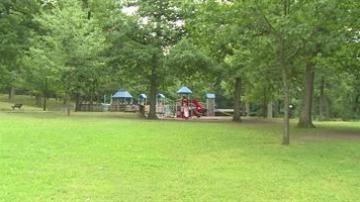 color:black">Parks Board President, Robert Goodrich, says he was shocked by the Mayor and Police Chief’s decision.

color:black">Goodrich says his main concern has always been, “The safety of our employees that we ask to go out in the general public and not knowing what they might run into, asking them to take care of whatever the situation is.”color:black">

color:black">Goodrich worries, without a gun, park rangers will not be respected, and he says that is a dangerous situation.

color:black">“The rangers can say they work for the Parks Department and the department has given them this authority but if people do not see it, with a uniform or a weapon, then there is no respect there.”

color:black">Diana Washington helps run Best Friends Forever Daycare, she says she has noticed an increase of illegal activity in the park near her house.

color:black">Now that rangers have been disarmed, Washington fears that everyone is free game, including the park rangers.

color:black">“I don’t feel safe at all taking the kids to the park anymore.”

color:black">“We want that park safe because if people have the perception that the park is safe they will be willing to come to the East Bank Village and shop.”

color:black">He says park rangers need to be able to keep the peace.

color:black">“Parks rangers need to have something there if they have to be reactive in order to protect themselves as well as the general public.”color:black">

color:black">The city says park rangers were disarmed because they do not have the proper extensive training to carry a gun.

color:black">However, a former park ranger tells Abc 57, the rangers were trained and qualified.