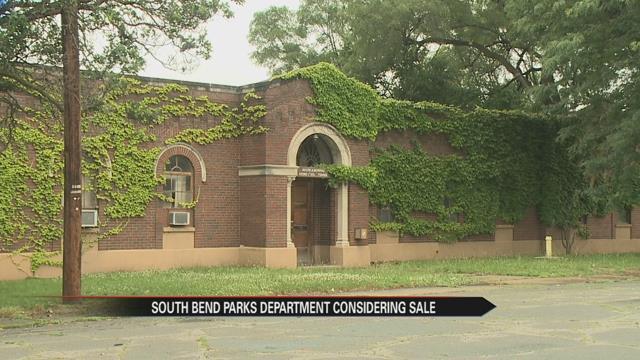 South Bend Parks Department is moving closer to selling one of its most underutilized properties.

The Newman Center located on Eddy Street is one of two properties being appraised and the city hopes a potential sale could revitalize the neighborhood's redevelopment efforts.

But it's still fairly early in this process.

There's not a lot of traffic for Eddy Street's commercial cul-de-sac.

The surrounding businesses, like Monkey House Marketing, say it's partly due to the out-of-commission recreation center.

“It's not used frequently and I don't think they have any sort of planned activities.” said Crowel.

The Newman Center used to be a public gym at the center of the neighborhood.

It's now locked up, aged with vines and broken windows and tagged with graffiti.

But the city says change could be on the way.

“All we're doing is looking at what the values of the properties are help create a strategic direction on what to do with those specific properties,” said Brock Zeeb, Director of Economic Resources for South Bend.

If valued higher than its current revenue, the Parks Department would put the property up for sale.

And the city says there's already a few interested buyers.

“It's a really interesting location, next to the river, next to a lot of development that's going on in the east bank, and so I'm not surprised there's a fair amount of interest in that property,” said Zeeb.

The Parks Department could use the money from this sale to invest in other properties and local businesses would benefit from new energy in the area.

That's something Crowel is excited about.

“Whatever it is we would just love to see them come in and improve what we think is a really unique old building and turn it into something new and exciting again,” she said.

The city had the property appraised by four different firms.

Whether it is sold or kept to be re-purposed is entirely up to the parks department.