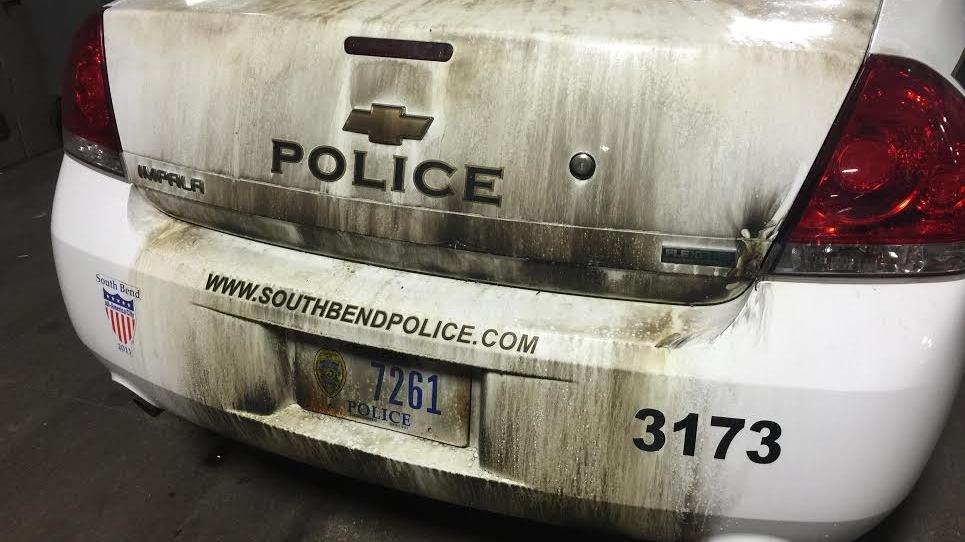 South Bend Police are looking for the person responsible for setting a squad car on fire.

At 2:30 in the afternoon Sergeant Charles Stokes began his shift. But instead of getting straight to work, he had to go to the repair shop.

Someone set his police squad car on fire.

“You have that disbelief that some idiot would actually come on to your property. And set your police car on fire. That's a huge problem as far as I'm concerned,” Stokes said.

Sergeant Stokes said he was headed to sleep, a little before 1 a.m. Tuesday, when he looked outside and saw an orange glow coming from his driveway.

“I went outside to look. The back of my police car was actually on fire,” he said.

He used his hands to put the fire out quickly, just as police and firefighters on scene. No one was hurt.

Evidence collected suggests the criminal used gasoline and paper to start that fire.

“I don't know what the motivation was. I have no idea who could have done this. But trust me we're going to try and find out,” Stokes explained.

Stokes said the car sustained extensive damage, not visible from the outside. It will be a costly repair.

“It burned up my GPS, the antenna. My camera's not working now,” he said.

Stokes called this case disturbing. He said it is not unusual for people to threaten officers, but rarely do they actually act on those threats.

“When I worked homicide I had windows in my unmarked car shut out. I've had tires flattened. These kinds of things. But this is by far the worst,” Stokes said.

He said when a person has no respect for the police it is no telling what they are capable of.

Arson investigators are working this case.
Share this article: