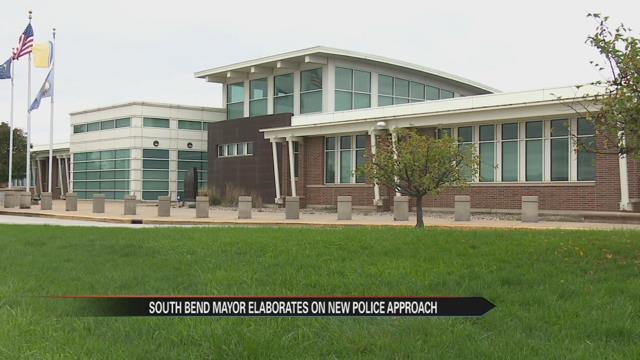 Mayor Pete Buttigieg says he’s been working with the department during budget season to add emphasis on improving technology and training in the force.

During his State of the City Address, he made a commitment to transparency in the department.

And last week, the common council approved the budget that would fund that effort.

“We want to have a department that’s strong and ready for the future, that has the right kind of training and equipment to help us keep our promise to the city when it comes to inclusion, accountability, transparency and excellence,” said Mayor Buttigieg.

The police department is making good on those promises by working with the city on getting modernized training.

“We’ve really upped our game in terms of training in areas like constitutional requirements, fair and impartial policing, policing without bias, these types of things,” said Mayor Buttigieg.

It started when the city announced the department will participate in the White House’s Police Data Initiative and it moved forward in the FY 2017 Budget.

“To gather that information, to push it online, it’s not a huge expense but we do need to make sure we have the right technology, and even more important, the right training,” said the mayor.

The mayor says they’ve budgeted for new technology to help with this transition to new responsibilities.

“We’re starting to equip officers with tablets so they’re not writing things on notepads and we’re able to capture that information better as well as make sure that communication is kind of familiar technology for police,” he said.