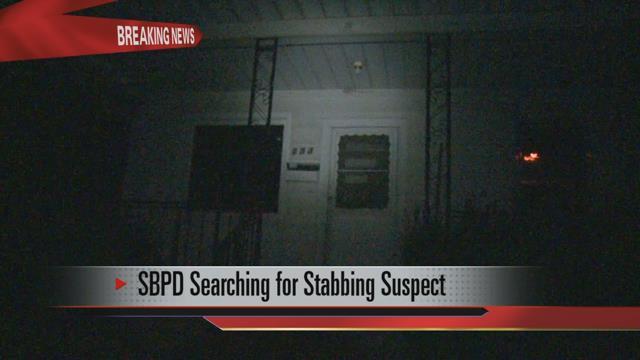 South Bend Police say they are investigating a stabbing that occurred just before 8 p.m. Sunday on the 700 block of South Meade Street.

Police say the victim is currently being treated at a local hospital.

South Bend resident Landen Bess says he was driving to a friend’s house when he witnessed a man get stabbed multiple times on the front lawn of 734 South Meade Street.

Bess says he didn’t hesitate to help and called 911.

“He was standing out here by a green Jeep and he had gotten stabbed in the head by about a 4 inch blade about 3 times. I had walked up to him and I saw that he wasn’t breathing that well and he was bleeding very bad. So I did what I had to do to make the situation a little bit better for him because no one out here knew what to do. It was a pretty bad wound actually, there was a lot of blood,” said Bess.

Bess says he saw the suspect drive away immediately after the stabbing.

Police have not yet released a name or description of the suspect but say they know who they’re looking for.