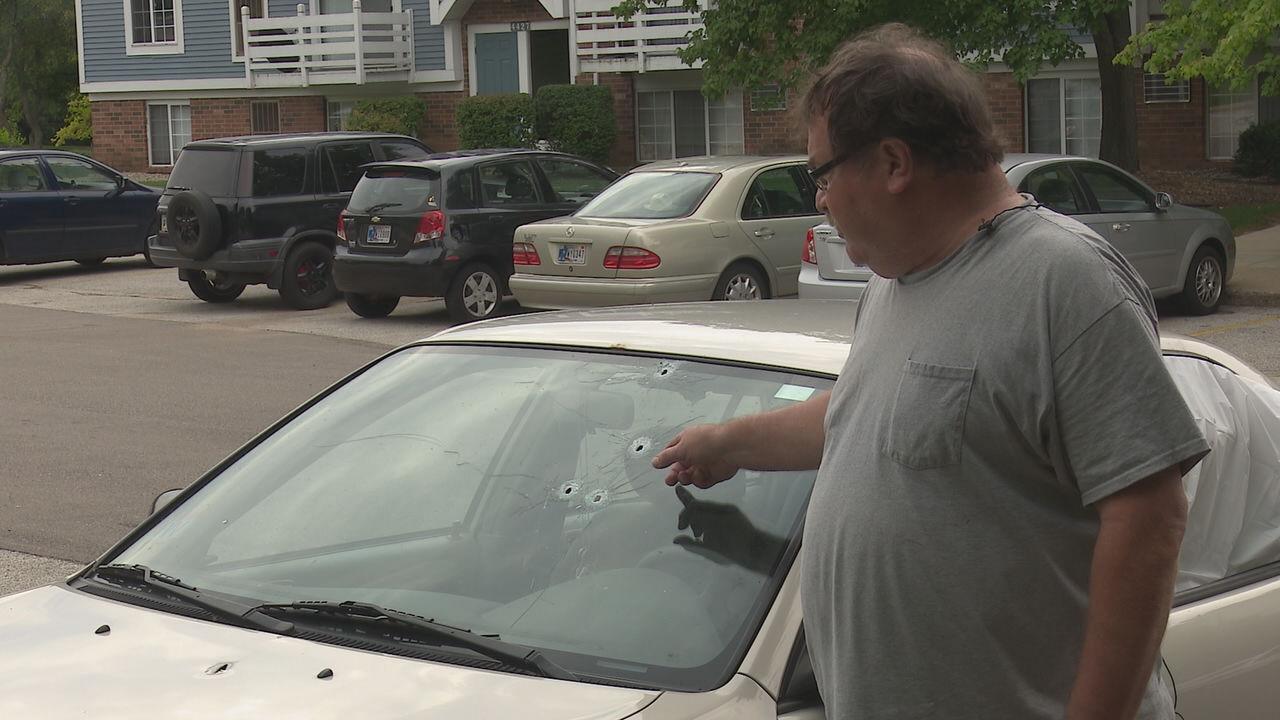 One South Bend neighbor was shaken after a random shooting echoed outside his quiet home.

The victim says South Bend police are looking for vandals who shot at his car early Friday morning.

“There’s one, two, three, no four holes where [my granddaughter] would actually be sitting,” said victim Rob Smith.

Those four gunshots were a scary sight to see inside of Smith’s car, but the damage didn’t stop there.

“Four bullet holes in the windshield and one in the hood,” said Smith.

The usually quiet Irish Hills Apartments was at the center of an early Friday morning shooting.

“The apartment building over from mine, they called police about 6:15 AM this morning that they heard gunshots,” said Smith.

The target was Smith’s Camry.

“It’s kind of tight right now, I just don’t have the money to get it taken care of right away,” said Smith.

Smith is now concerned about violence in his community and he hopes this doesn’t happen to someone else’s car.

“It’s a little scary to be honest too, that it could happen to somebody else and hopefully nobody gets hurt,” said Smith.

Smith says police believe the windows were shot out by 38mm bullets.

Still no word yet on who could’ve done this.