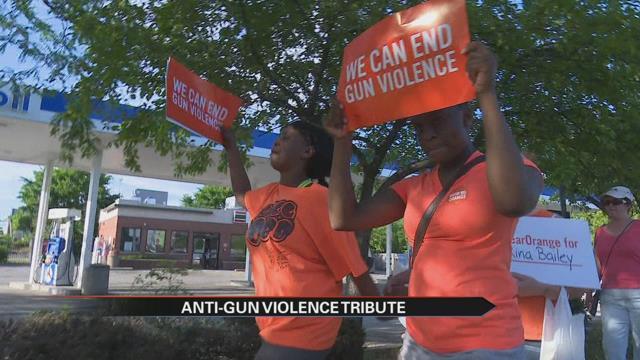 South Bend residents vowed to walk away from another gun violence tragedy.

Thursday, residents and city officials are saying enough is enough.

Residents say it’s a growing problem that has no place in this community.

“I try to work for peace and justice issues wherever I can,” said resident Glenda Rae Hernandez

Many fired up folks took to the streets for peace and justice.

They say it’s time for senseless gun violence to come to an end.

“This will at least draw attention to it, obviously it won’t stop it, but if we can get more people involved,” said Hernandez.

More walkers did join, including a few public officials, because gun violence impacts the entire community.

“It doesn’t only affect the person that’s involved the victim and sometimes the perpetrator. But the ripple effect goes on and on,” said Lynn Coleman, congressional candidate.

This community is feeling that ripple effect after Tuesday’s deadly shooting.

It was the fifth reported homicide in the city this year.

The victim in that shooting and others were remembered at the walk’s final stop outside the Morris Theater downtown.

“It’s no respective side of town that it affects, when a life is lost, it should affect us all,” said Bobbie Woods, Mamas Against Violence.

And everyone who came out made a pact to encourage folks to put the guns down, as they don’t want to see another life taken to gun violence.