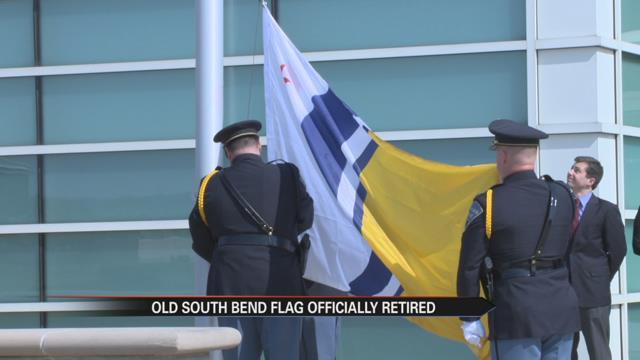 The city of South Bend retired the old city flag Friday morning with help from the South Bend Police Department. After the old flag was lowered, they raised the new flag with the new design.

The new flag was unveiled in March.

Mayor Pete Buttigieg says he hopes residents embrace the new design and use it in their own creative ways to show their love for South Bend.

"One of the things about a well-designed flag is its simple imagery. It's something that everybody can identify with. It's supposed to be simple enough that a child can draw it from memory, but rich enough in symbolism that a lot of different people can see something special in it. We think that having that new flag is going to be yet another way people can show how much they identify with South Bend," said Mayor Buttigieg.

The SB150 committee held a design contest and incorporated the three top designs into the new flag.