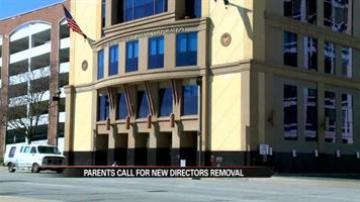 The department was implemented this school year, following outcries from the community regarding the issue of black students under-performing in the classroom.

Dr. Moss has held the position since last October, and the group feels that the program hasn't made enough progress in the 8 months he's been director.

In an April interview with ABC 57, Dr. Moss spoke about the progress the department's made so far.

"This is going to be a long-term project," said Dr. Moss. "This cannot be done in a year, two years, I would say not even three years."

One of the group's other concerns is the amount of school days students are missing due to suspensions. The group says they've calculated that by the end of February, black students had already missed over 7,300 days of school because of suspensions.

The group's research shows that the number two reason for the suspensions is because of students skipping school.