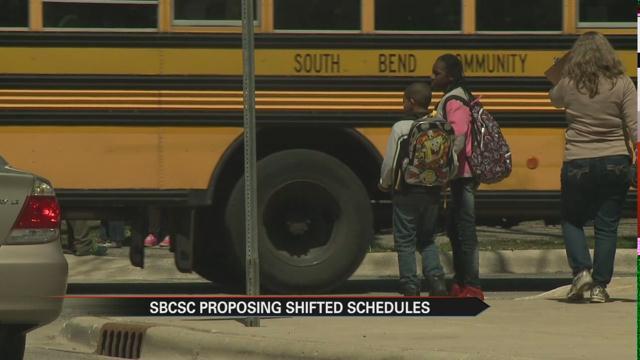 But before the district approves the proposal, it wants your opinion.

The district called parents and posted a survey on Facebook, asking if a longer school day and a latest start for students next year were good ideas.

And some parents say the answer is yes.

“Elementary gets out at 2:20 PM or something like that," she said. "Which is like, they're not in school long.”

She will be enrolling her little ones in Pre-K next year.

So when she found out those times could change, she was relieved.

“It will help with babysitting, you know, because you won't have to go to an after school program,” she said.

The district made phone calls to parents on Thursday and got opinions from the community on these proposed changes.

“We also talked to students at Clay, and many of them were very supportive," said Superintendent Carole Schmidt. "They don't like getting up early in the morning.”

Something parent Jennifer Leaks understands all too well.

"I have an older son who has to be at the bus stop at 6:15 a.m. every morning and he doesn't appreciate that too much.” said Lakes.

And a late start could help her busy kids relax.

This proposal will be considered at an upcoming board of trustees meeting.

If approved, the changes will take effect in the fall.