South Bend Schools: transportation is the most pressing issue, working on solutions 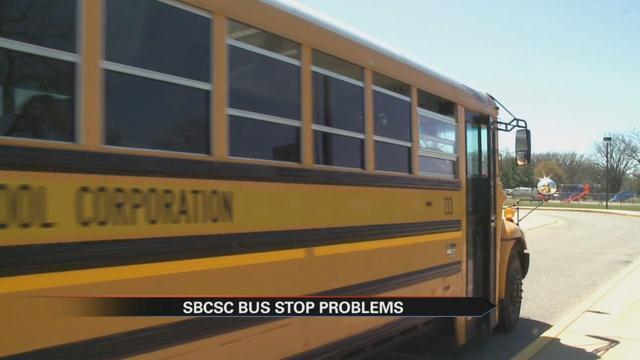 For a year and a half, we’ve been following the bus transportation issues in the South Bend Community School District.

With the director of transportation resigning one month ago, we checked in with parents and the district to see where the issue stands.

“We’ve sat out and waited two and a half hours. It’s frustrating as a single parent; I do this with these kids Monday thru Friday,” said Baker.

“It’s hard for me to tell that parent, there’s no immediate cure for this. Bottom line is we need to do something and we need to do it quick. Only thing I can say to parents is I’ve got so much confidence in Dr. Spells,” said Sniadecki.

Dr. Kenneth Spells, who is still fresh in his role as the district superintendent, is also filling in as transportation director after Mel Faulkner’s resignation last month.

“It’s a very important issue to me. It’s the most pressing issue at this time. We want to make sure we get it resolved once and for all,” said Dr. Spells.

While he says they are still short staffed, Dr. Spells has been able to hire nine new drivers. There are also 28 people going through the hiring process right now, which can take up to six weeks.

They’re also looking into the possibility of hiring more contract drivers and leasing them the district’s buses.

“We’re going to start interviews next week and then hopefully we will have someone in that position by the November 7th board meeting, and that’ll be huge to have that person in place. I’m hoping with new management and new enthusiasm that we can all get this resolved for our community once and for all,” said Dr. Spells.