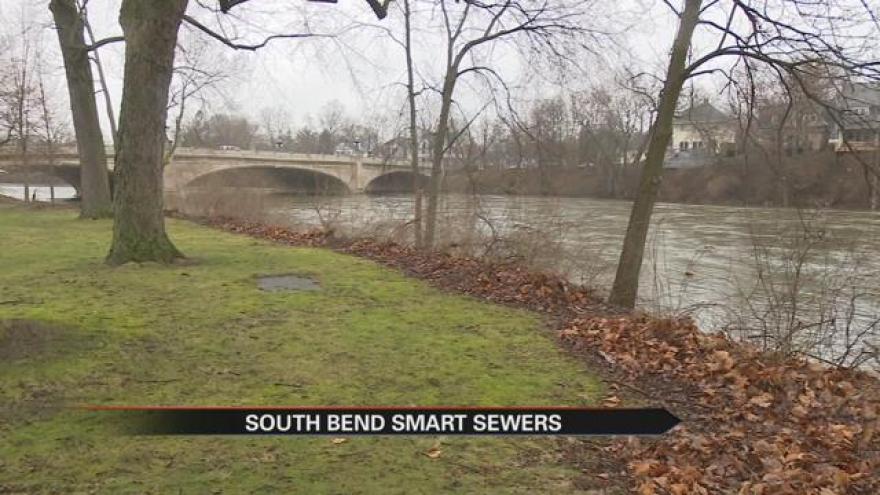 South Bend has one less problem to deal with after Tuesday’s storm.

The city’s Smart Sewers technology kept trash, debris and sewage out the St. Joseph River—a priority that’s been at the top of the county’s concerns.

It’s the city’s assurance of clean and safe water for residents.

It was also a $10 million dollar investment taxpayers funded.

But officials say its use so far has been invaluable.

“The first flush of waste water, that typically carries a lot of the bacteria that coats the sewer lines was able to be captured before it overflowed into the river,” said Luis Montestruque, President of EmNet, LLC.

The system picks up that first flush of storm water headed to the river, and sends it here to South Bend’s Waste Water Treatment Plant.

It’s mostly manned behind a screen so if there is a blockage, the tech can redirect it.

But Montestruque says it’s in place to lessen the blow of harsh storms, but not solve problems like flooding those storms can cause.

“The Smart Sewers will create more capacity on the sewers by manipulating where the water is going to mitigate the problem,” said Montestruque. “The problem greatly remains on the storm water management side.”

This technology was put in place after the city signed a 2012 EPA consent decree relating to the Clean Water Act.

The order mandated upgrades to the city’s sewage system that would cost hundreds of millions of dollars.