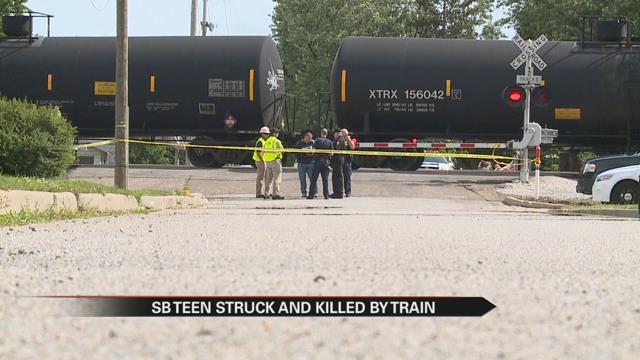 A South Bend teenager was struck and killed by a train.

Elijah Brooks, 16 was walking on the timbers along the tracks near Caroline Avenue Saturday afternoon when a freight train struck him.

Elijah was killed on impact.

He was heading to meet his grandfather and some family friends, Terry and Debbie Karre, at the South Bend Motorway.

“It's sad that it happens to somebody you know this close,” Terry said.

The Karres met Elijah's family on the scene.

This sort of thing is becoming less shocking to police.

They say it's the fifth pedestrian train accident they've seen in less than a month.

“This is an increase in what we've seen,” Lt. Gene Eyster, of the South Bend Police said.

Eyster says this horrific trend can easily be stopped.

“There's no other way to prevent this than tell people to stay away from the tracks,” Eyster said.

He says walking along the tracks is just as dangerous as walking on them.

“It's not just the rails itself. So you're talking a considerable distance on both sides. There's a safety area,” Eyster said.

The Karres just want to focus on remembering Elijah.

“You couldn't ask for a better young man than what he was,” Terry said.
Share this article: