South Bend woman dies after being shocked in basement 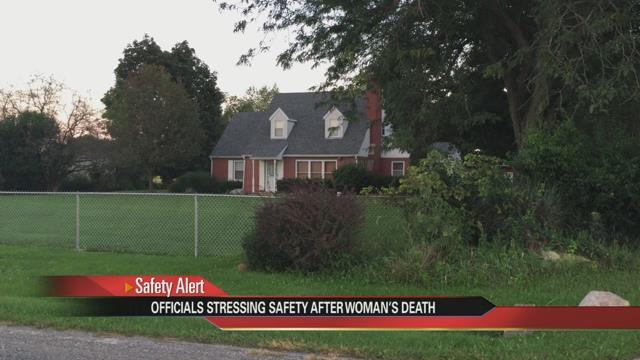 Local officials are stressing safety after a South Bend woman died after she was shocked in her basement.

A freak accident Saturday led to the death of 54-year-old Sandra Sharp.

After weeks of heavy rains and flooding, officials are warning residents to take precaution and call them first before cleaning up.

Todd Hurley, the Battalion Chief for Clay Fire Department in South Bend, says it was a preventable death.

"If you have flooding in your house, it’s important that you contact the fire department first to evaluate the situation,” said Hurley.

Sharp was shocked in her basement Saturday morning after flood waters caused a short circuit and carried an electrical current.

Police found a box fan near her body, which they believe was the source of the shock.

Sharp lived on the 17200 Block of Madison Road, on the far south side of South Bend, which has seen record setting rain over the past 2 months.

Sharp had about 6 inches of water in her basement that day.

Residents are being warned before they take the next step to contact local officials first.

Sharp was rushed to the hospital where she died on Monday.

An autopsy is currently being scheduled.