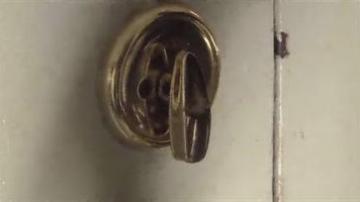 SOUTH BEND, Ind.-- Residents at a LaSalle Apartment Complex in South Bend were shaken up after a man held one of their neighbors at gunpoint in her home.

It happened around 10 p.m. Friday. The tenant who whose home was invaded was so terrified she wouldn’t even talk on camera.

Billy Green said he was not surprised to hear one of his neighbors was held at gunpoint and robbed.

The tenant of the apartment said a friend was at her home, so she left the door unlocked while she ran to the store.

But that unlocked door left the tenant’s friend unprotected.

A man dressed in all black came to the door, put a gun to the woman’s head and demanded her purse and money.  The intruder grabbed the purse and took off.

Luckily the woman wasn’t hurt, but neighbors said Friday night’s gunpoint break-in was mild compared to the everyday crime that happens at the complex.

“A girl got shot back here,” said Green.

“Officers chasing someone because they wouldn’t stop and they hit the back of our apartment," said Tianna Alfred.

Crime is so prevalent, tenants like Tianna Alfred have taken matters into their own hands.

“I am legally registered to hold a firearm,” said Alfred.

Alfred said it is going to take more than extra street patrols to clean up the complex.

“Nothing is really going to stop anything, unless we all come together,” said Alfred.

Police still haven’t caught suspect, but the woman whose home was invaded said he was wearing a mask that covered his mouth.