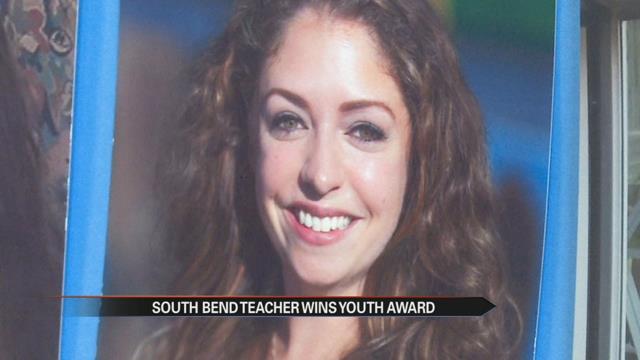 Originally from Alaska, Christy Burgess brought her love of Shakespeare to the Hoosier state

“I first started here in 2008 and I was really fortunate to meet the youth program director, and we dreamed together and we came up with the idea for the Robinson Shakespeare Company,” said Christy Burgess.

She teaches the youth at the center and Saint Joseph county schools about the legendary playwright and acting.

Her hard work and dedication hasn’t gone unnoticed. A friend, who is also a colleague, decided to nominate her for an award.

“The D. Susan Wisely Youth Worker of the Year award recognizes someone who’s made an impact in children’s lives in Indiana,” Burgess said.

Her colleagues thought she was the perfect fit. So they wrote letters about why she deserved to be recognized.

As part of the award, burgess receives a $2500 cash prize to be used for her program.

She couldn’t feel more grateful for being awarded just for doing something that she loves.

“I feel so lucky and so blessed to do what I do and work with these amazing young people in South Bend,” Burgess said.