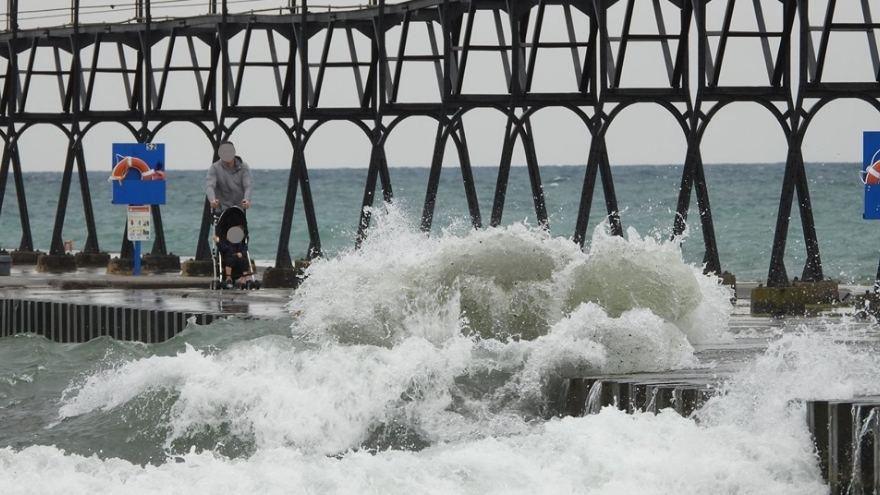 SOUTH HAVEN, Mich.—South Haven Area Emergency Services said in a Facebook post Tuesday night that they received a report of people who had washed off the pier into Lake Michigan around 7:30 p.m.

Officers and SHEAS personnel searched the pier and found a woman at the end of the pier near the lighthouse who said she had been out there for the last hour and was walking behind the lighthouse as waves crashed onto the pier, the post said.

The woman told officers that she had just moved to town and did not know of the danger she was in while being out on the pier.

Rescuers in South Haven are asking the public to stay off of all structures when waves are washing across.