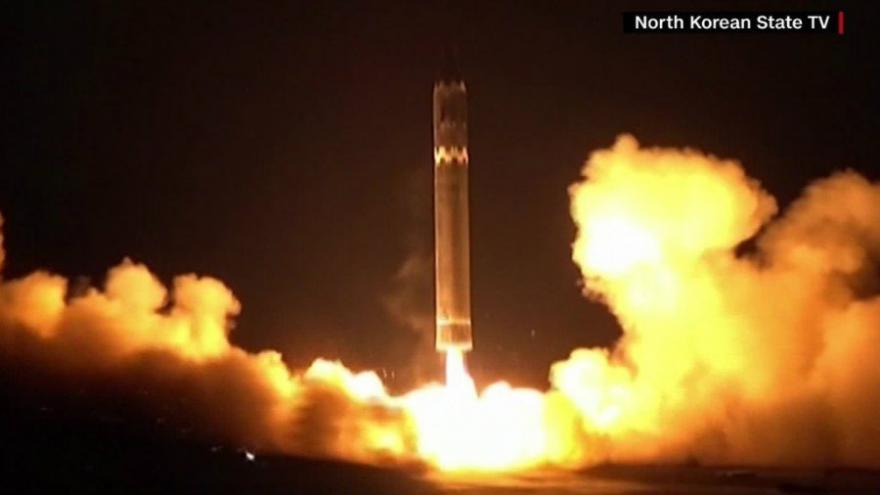 (CNN) -- The South Korean Defense Ministry is creating a new bureau dedicated to monitoring and countering the threat from North Korea, according to a government news release.

The announcement comes on the heels of growing calls for South Korea's armed forces to establish a so-called "control tower" dedicated to exclusively handling North Korea affairs. The threat from Pyongyang has come under increased focus in 2017, as North Korean leader Kim Jong Un presided over significant advancements in the country's long-range missile and nuclear weapons program.

The new plan is part of a wider organizational restructuring aimed at better responding to cross-border provocations and was approved at a Cabinet meeting Tuesday, the Defense Ministry said.

Nearly a month before Tuesday's announcement, North Korea tested a new ICBM, the Hwasong-15, in violation of international law. The United Nations Security Council responded Friday by passing another round of sanctions to punish Pyongyang. A North Korean Foreign Ministry spokesman said Sunday the new UN resolution was tantamount to "an act of war."

Lipstick on a pig?

The North Korean Nuclear-Deterrence Policy Division will be charged with developing policies to deter North Korea's nuclear program in cooperation with counterparts in the South Korean Joint Chiefs of Staff.

The Counter WMD Division will be renamed and reorganized into the Missile and Space Policy Division, with the intention of specializing in North Korea's missiles and space programs.

North Korea has a fledgling space program, but critics argue it is a cover for developing ballistic missiles, which use much of the same technology as satellites.

"We expect the government will secure a momentum to push its ongoing policies in general, including the denuclearization of North Korea and inter-Korean military confidence building," Defense Ministry spokeswoman Choi Hyun-soo told reporters in a press briefing Tuesday.

However, it's unclear to what extent the announcement will lead to significant change.

"With these things it's hard to know what's just painting lipstick on a pig," said John Delury, a professor at Yonsei University's Graduate School of International Relations in Seoul.

"What strikes me about this is the emphasis on deterrence and even inter-Korean military talks or cooperation," Delury told CNN.

Setting up a hotline

The lack of communication between North Korea, South Korea and the United States continues to be a concern among analysts who study the region. They worry that with US, Japanese and South Korean forces carrying out regular military exercises, and North Korea test-firing missile at an increased clip, a mistake, misinterpretation or miscalculation could easily spiral into conflict if adversaries aren't talking.

But the significance of mentioning of inter-Korean cooperation, especially with regards to both countries' armed forces, may be more political than military, Delury noted.

A separate report released by South Korea's Unification Ministry Tuesday predicted that after a year of successful progress in Pyongyang's missile and nuclear programs, North Korea would "explore the possibility of negotiating with United States, while seeking to be recognized as a de facto nuclear-possessing state."

The two-page report, called the "North Korea Status Assessment of 2017 and Forecast for 2018," offered no evidence for its optimistic assessment, however.

With Kim Jong Un expected to make his annual New Year's speech in the coming days -- akin to the US President's State of the Union speech -- the Moon government could be trying to relay a message to Pyongyang.

"In previous speeches, Kim Jong Un has talked about the need for inter-Korean military dialogues," Delury said. "This could be a little bit of bureaucratic signaling to open up space for the two Korean militaries to get a hotline and try and use that as a springboard for more dialogue on the peninsula."