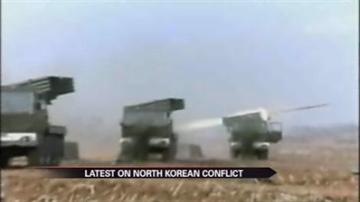 SEOUL — South Korean officials now believe the North is just days away from a missile test.

The President's office in South Korea believes it could come as early as Wednesday.

The Pentagon is reportedly delaying a missile test of its own in California.

According to a Russian news agency, dictator Kim Jong-Un has demanded that President Obama call him to soften the conflict.