South Shore to bus passengers while tracks out of service 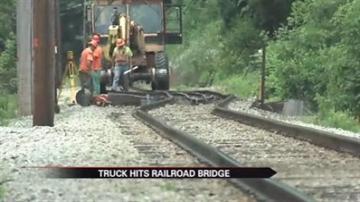 After a truck struck a railroad overpass and moved the tracks six feet, officials with South Shore say the tracks could be out of service for a week or more. What does that mean for people who rely on the train?

About 350 people a day use the South Shore Line to travel back and forth from South Bend to Chicago during the week.

That number doubles to 700 on the weekend.

It can be quite an inconvenience if the trains can't get through because of problems like the one that popped up Thursday.

The railroad came up with a plan to get people where they need to be.

"We've established a bussing plan to bus passengers between South Bend, Hudson Lake, and Michigan City. We're trying to order as many busses as we can to cover our weekday service; we're also working on covering our weekend service as well,” said John Parsons, spokesman for Northern Indiana Commuter Transportation District.

The buses will pick people up and drop them off at the stations just like the trains would.

They will be running on the same schedule as the trains.