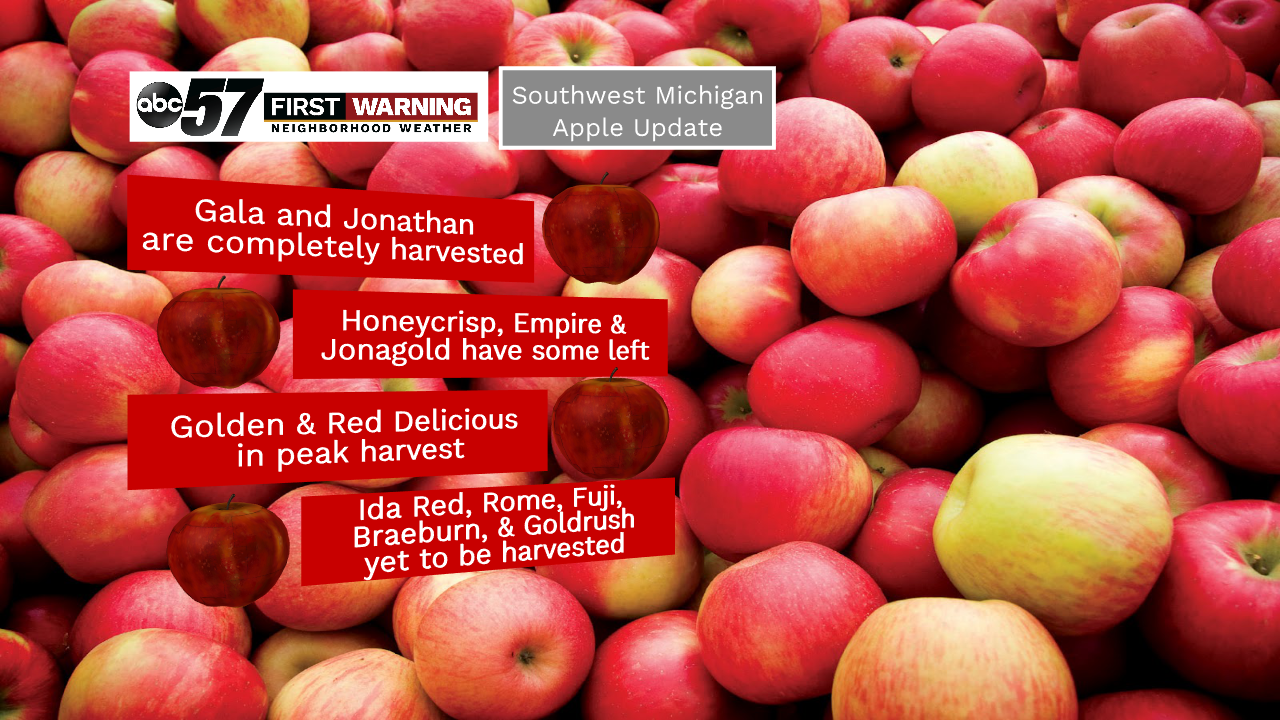 Apple picking is far from over in Southwest Michigan despite the recent surge of heat and humidity. In fact, conditions are set to be great for picking apples over the next 10 days, if not longer.

"The quality's been really good to excellent," owner of Lehman's Orchard in Niles, Steve Lecklider, said regarding this year's apple harvest.

"As far as the volume, it was a little bit lower only because we had the effects of the really cold weather in the winter...But overall, we've picked an awful lot of fruit this year, so it's been a good weather year. It was a little bit dry in the heat of the summer, but we trickle irrigated and so the fruit size has been good and quality's been good." 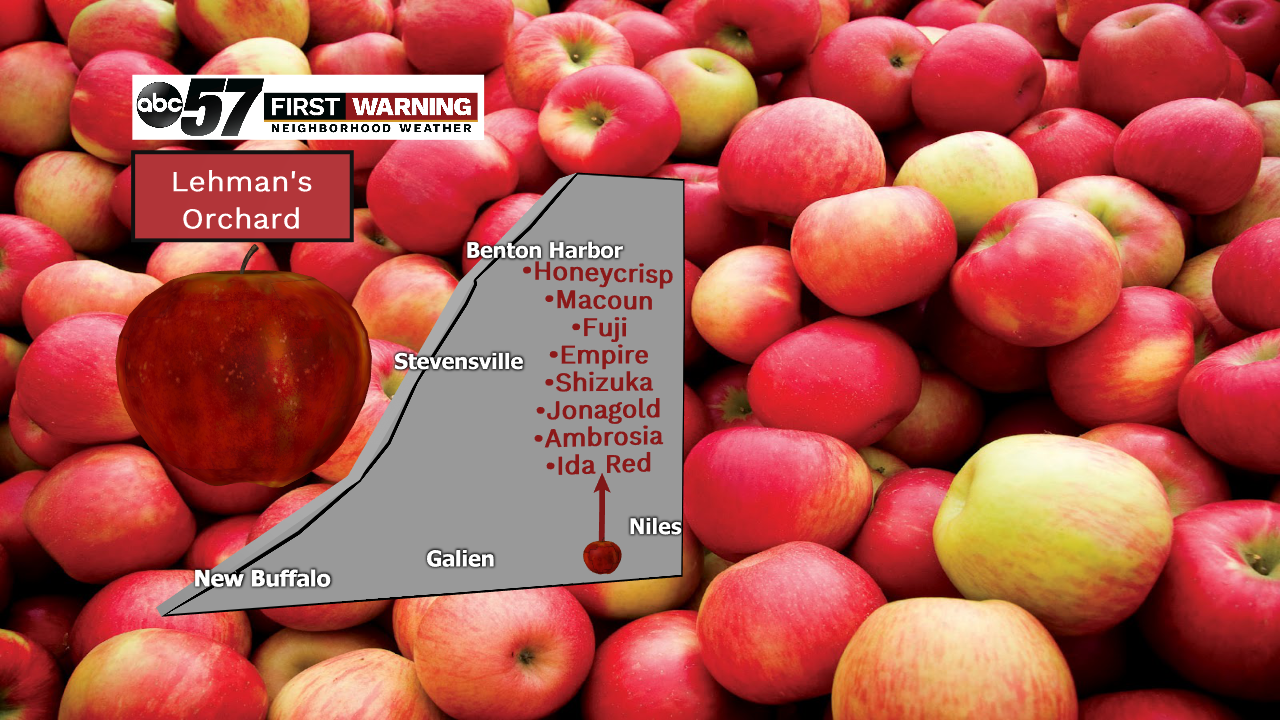 Apples are still coating the trees at Lehman's Orchard, and the U-pick season will last thru the entirety of October, if not into early November.

That's likely the case at most Michiana orchards as the weather has not been too harsh on the trees and their apples. That's according to Lecklider.

Honeycrisp, Macoun, Fuji, Empire, Shizuka, Jonagold, Ambrosia, Ida Red, and more are currently being picked, or are set to be picked at Lehman's thru October, which is pretty typical for Michigan orchards.

"We have all the flavors covered as far as, like, if somebody wanted to do some cooking, we've got Empire apples, which have the tart element, and we have some dessert apples. So depending on the flavors, we usually have what you're looking for," Lecklider tells ABC 57 News.