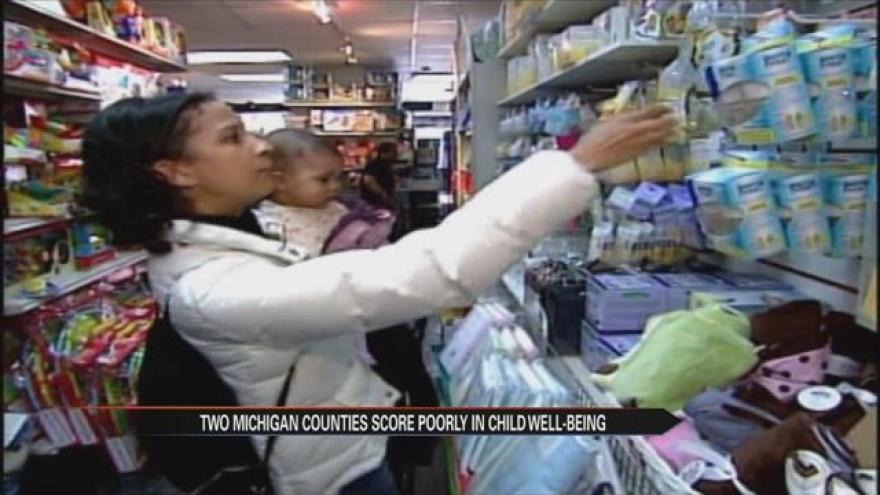 What if I told you your county was ranked one of the worst when it came to childhood poverty? What if I told you that the problem was only getting worse? That’s the case in Cass County, Michigan right now and it’s the same story in neighboring St. Joseph and Van Buren Counties.

According to the Michigan League for Public Policy’s annual report, which many non-profits and health departments in Michigan use, those counties ranked as the worst for overall child well-being in the state.

Family specialists with the non-profit United Way say these sobering statistics are the exact reason why they are working with families in southwest Michigan and it’s why they are coming up with a game plan.

“Focus on education to work with the kids, focus on income to work with the adults that are raising the kids so that we’re trying to address the issue from both ends of that spectrum,” said Rachel Wade, Vice President of Impact and Development at United Way.

Wade says one way to turn around the poor ranking in Cass County is to focus on education.

“We’re trying to build children the right way, right from the beginning so that we don’t have to try and fix them as adults later,” said Wade.

Wade says that focusing on the smaller parts, such as the child’s educational outcomes, enables them to move forward and get that decent paying job to leave that poverty gap.