Spacecraft to zoom in on Jupiter's mysterious Great Red Spot 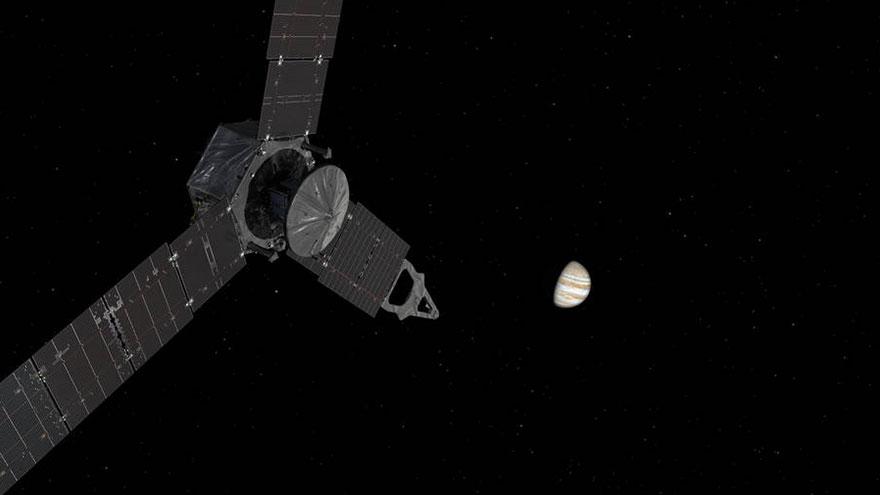 (CNN) -- A NASA spacecraft is about to get up close and personal with one of the solar system's most famous storms.

"This monumental storm has raged on the solar system's biggest planet for centuries. Now, Juno and her cloud-penetrating science instruments will dive in to see how deep the roots of this storm go, and help us understand how this giant storm works and what makes it so special."

NASA says the Great Red Spot may be more than 350 years old and has been monitored since 1830.

All eight of Juno's instruments including its color camera, JunoCam, will be on during the flyby, probing beneath Jupiter's thick clouds. Scientists are monitoring the instruments to collect data on the origin and evolution of the planet.

It may be hard to imagine the scale and intensity of the storm. On Earth, the most powerful hurricanes recorded were a mere 1,000 miles wide compared to the 10,000-mile-wide Great Red Spot. On Jupiter, the storm's winds have peaked at 400 mph, about twice as fast as the most intense gusts here at home, NASA said.

And if you're the kind of space nerd that dreams about being completely enveloped by a bona fide space storm, it's possible: The Great Red Spot is big enough to fit Earth inside and then some.

In its first year, Juno traveled about 71 million miles in orbit around Jupiter. The spinning probe is about as wide as a basketball court and is the farthest solar-powered spacecraft from Earth.