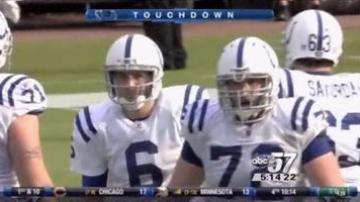 INDIANAPOLIS, Ind. – News could break soon on who the new coach of the Indianapolis Colts will be.

Participants only had one chance to guess. The offer expired at midnight, Tuesday.  So far speculation has centered around Colts consultant Jim Tressel.

Tressel is the former coach of the Ohio State Buckeyes.