Spicer: Hitler 'was not using the gas on his own people the same way that Assad is doing' 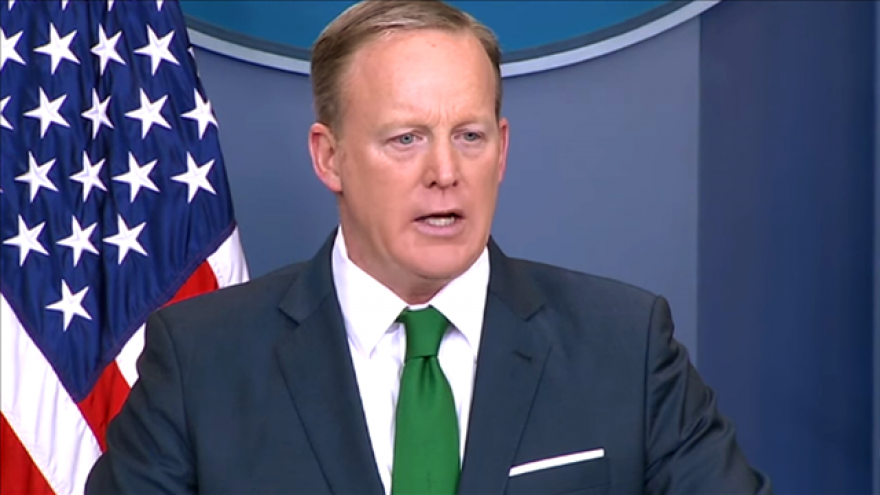 While Hitler did not use chemical weapons on the battlefield, Hitler and the Nazis used gas chambers to exterminate Jews, disabled people and others.

Spicer, asked for a clarification by a reporter about the comments that Hitler did not use chemical weapons, said: \"I think when you come to sarin gas, he was not using the gas on his own people the same way that Assad is doing.\"

Reporters in the briefing room offered the Holocaust as an example of chemical weapons use.

\"But in the way that Assad used them, where he went into towns and dropped them down to innocent in the middle of towns,\" Spicer said, defending his statement.

\"I appreciate the clarification, that was not the intent,\" he said.

The majority of historians believe Nazi Germany did not ever use chemical weapons on the battlefield in the Second World War despite possessing both WWI-era chemical weapons as well as more advanced nerve agents. Hitler himself was exposed to mustard gas during his WWI service, but he did not sign off on chemical weapons use against allied forces even when Germany was suffering battlefield losses.

However, Hitler did of course use chemical gas to murder innocent civilians in concentration camps.