SOUTH BEND, Ind. -- The spring 2020 precipitation outlook has been released, and it is likely that Michiana will see above normal rainfall for the season. 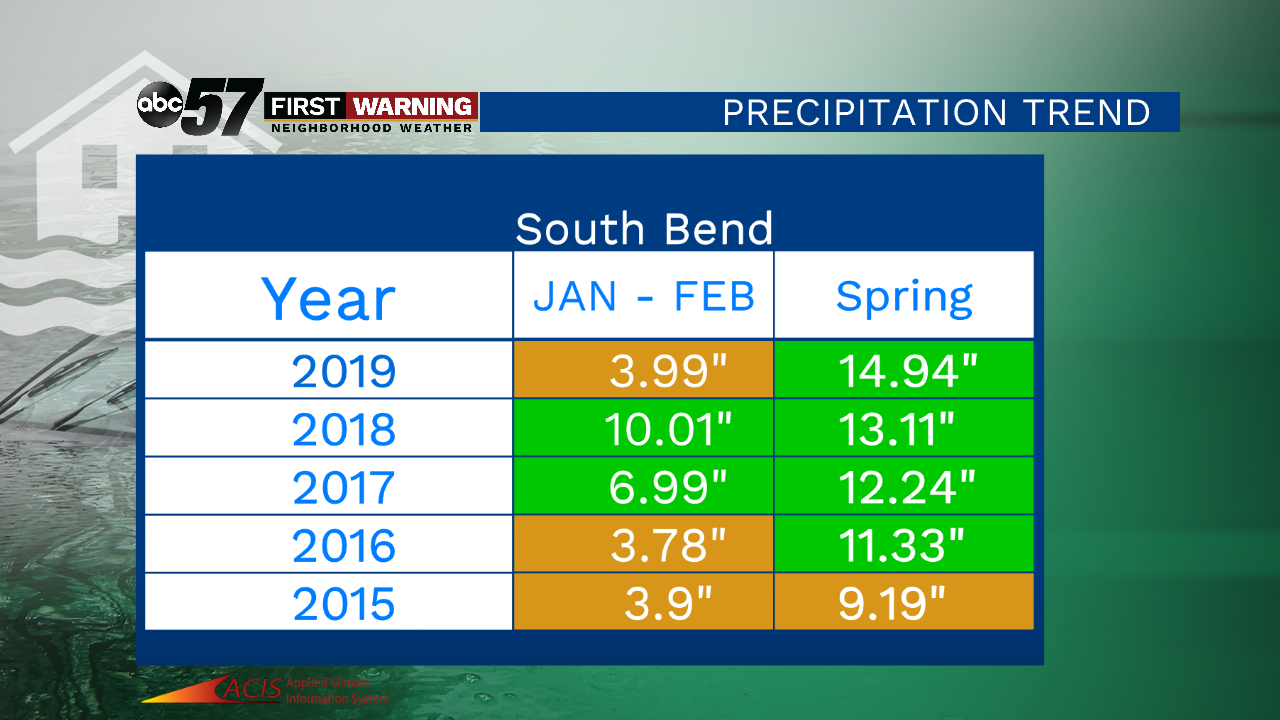 Our wet months don't just start in the spring-- we have gotten a decent amount of precipitation in January and February as well. Since 2015, four years have had above normal precipitation for the month of February, 2018 the all-time record wettest. 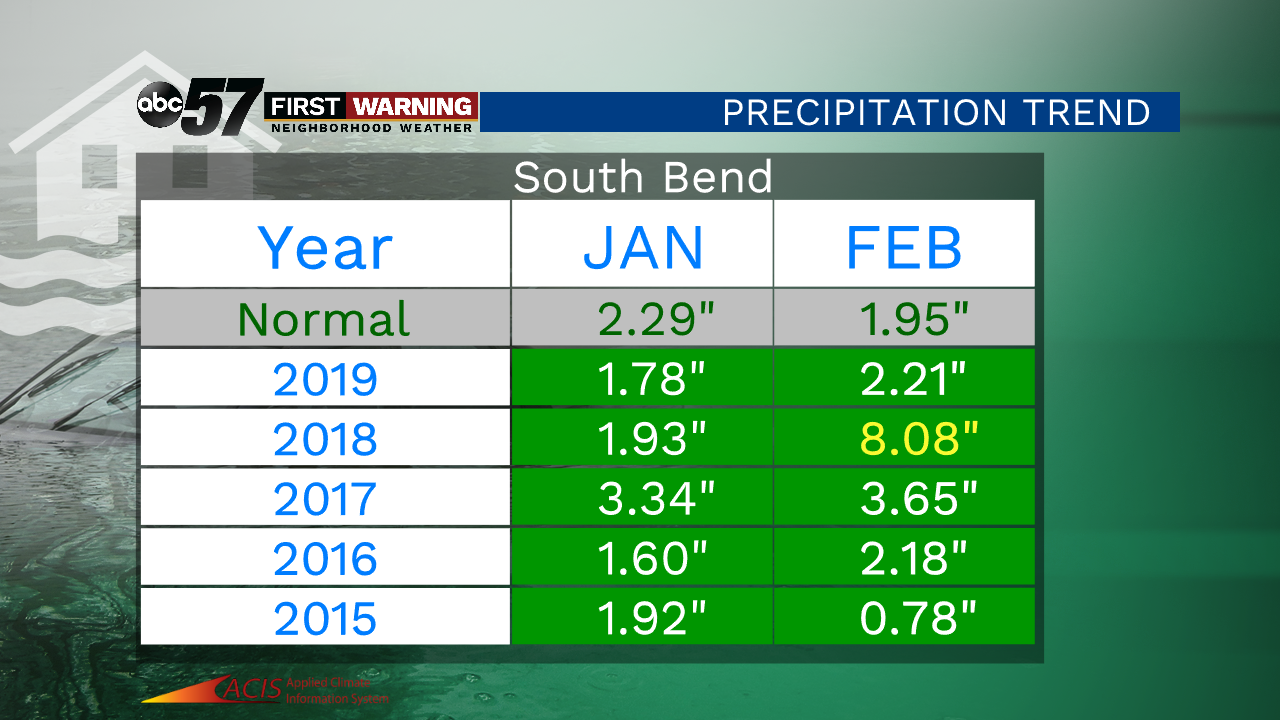 This year, the month of January was very wet, seeing over four and a half inches of precipitation. February this year wasn't quite as wet, which will help prepare us for what could be a wetter spring. 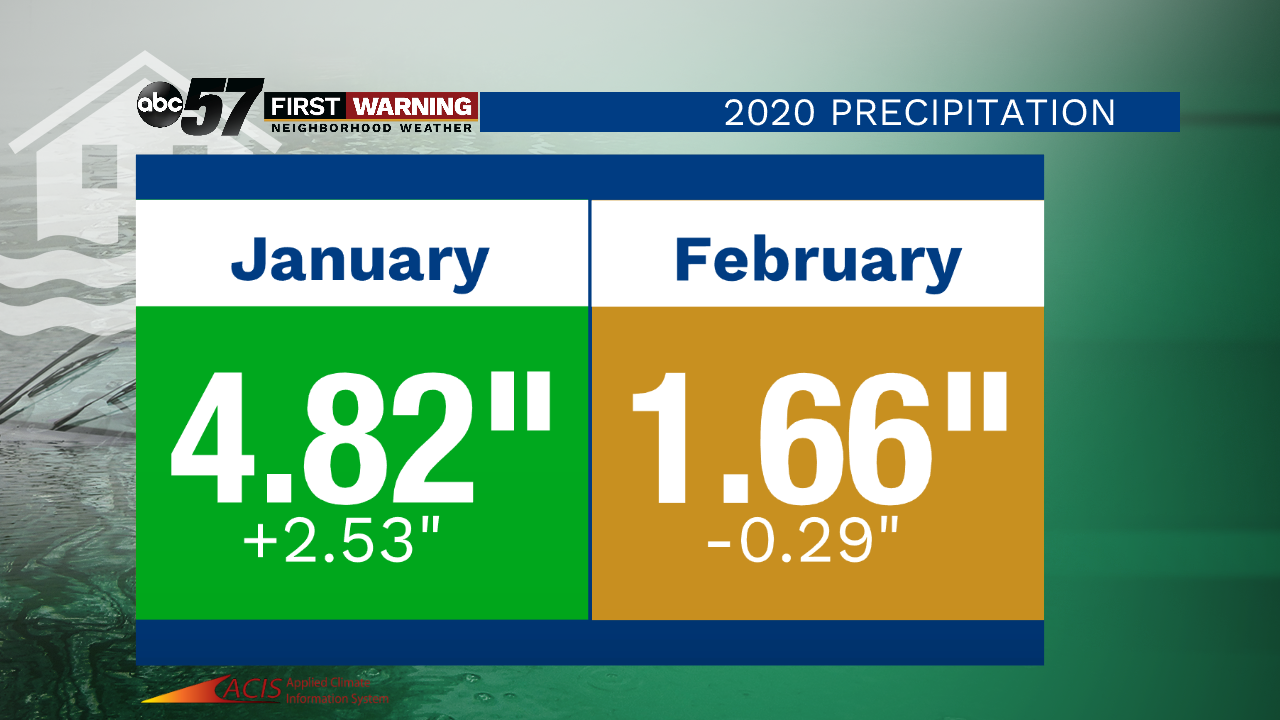 This graphic shows how far spring precipitation is above or below normal. It is interesting to note that each year since 2015 has seen slightly more rain. Last year, we saw almost five and a half inches of rain more than normal for spring. 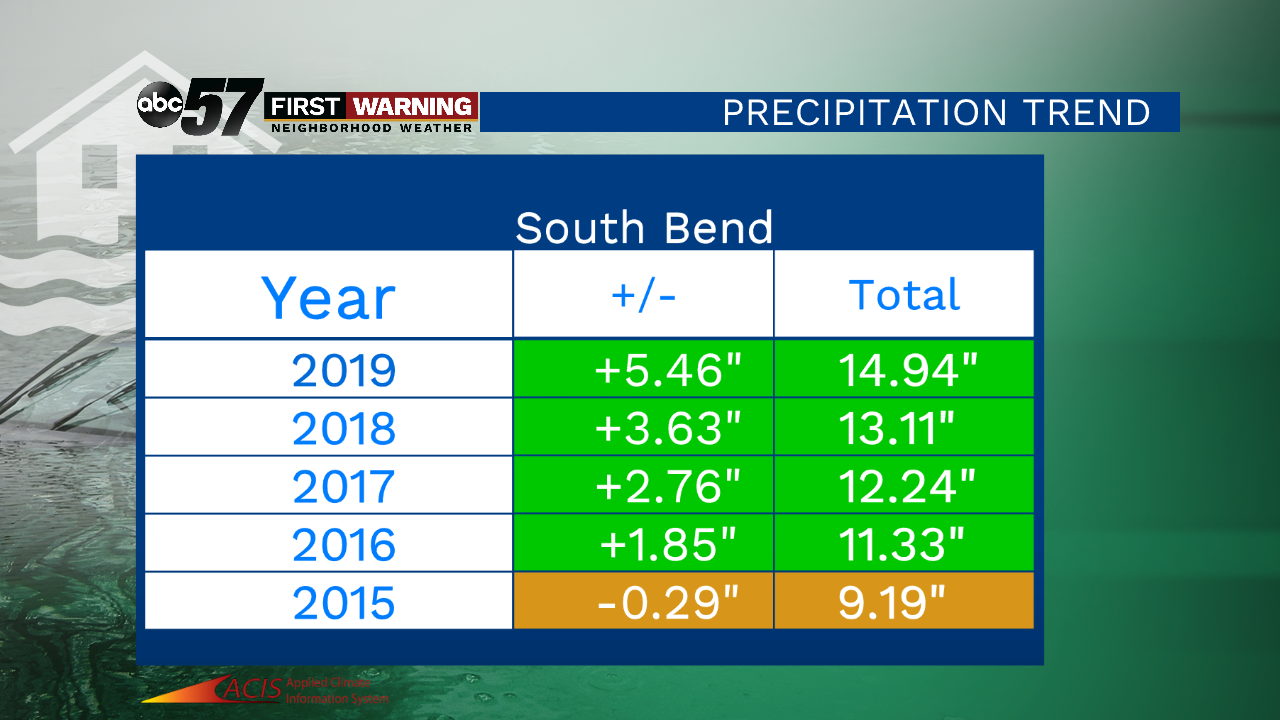 These are the top five wettest springs. Not on this list is 2017, which came in at tenth wettest. Fast forward one year to 2018, which became the fourth wettest spring. 2019 was the third wettest spring. If we continue this trend, we could eventually break the record of nearly 20 inches of rain, set in 1976. 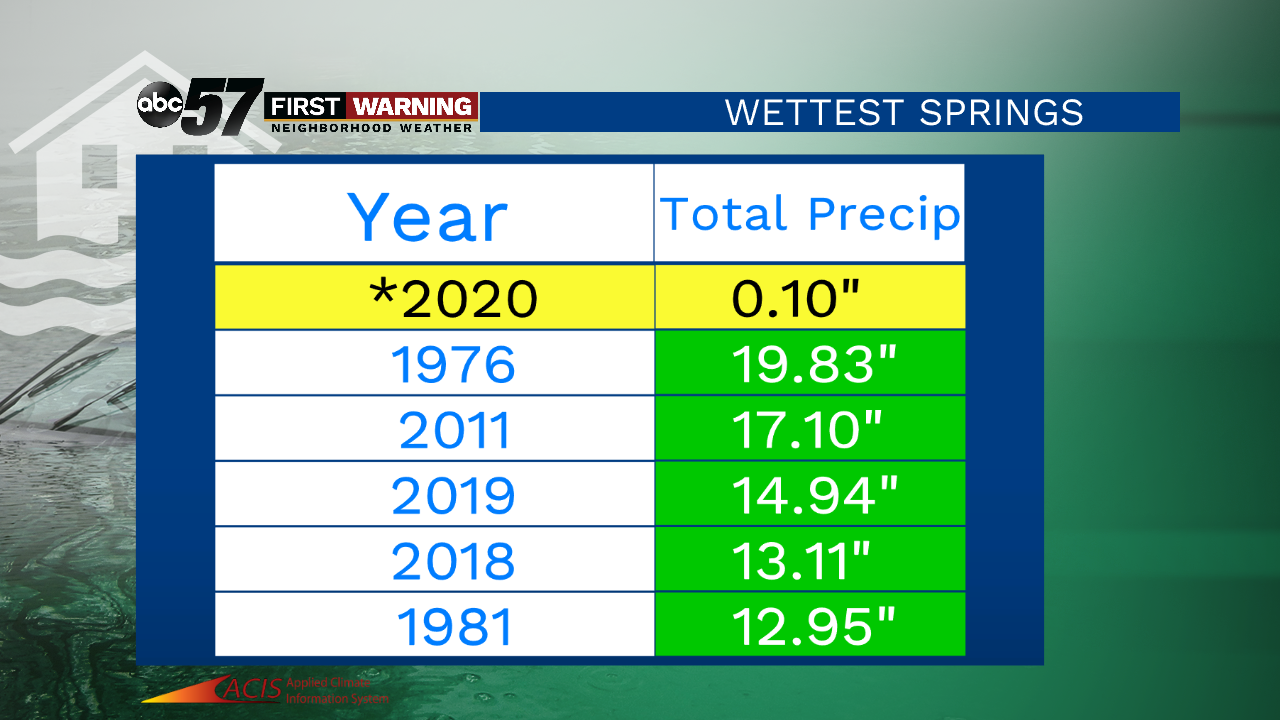 Our Washed Away series highlights impacts and possible solutions to this sudden increase in precipitation.

The Climate Prediction Center (CPC) precipitation outlook for March 8-12 shows that it is likely we will see above normal precipitation. 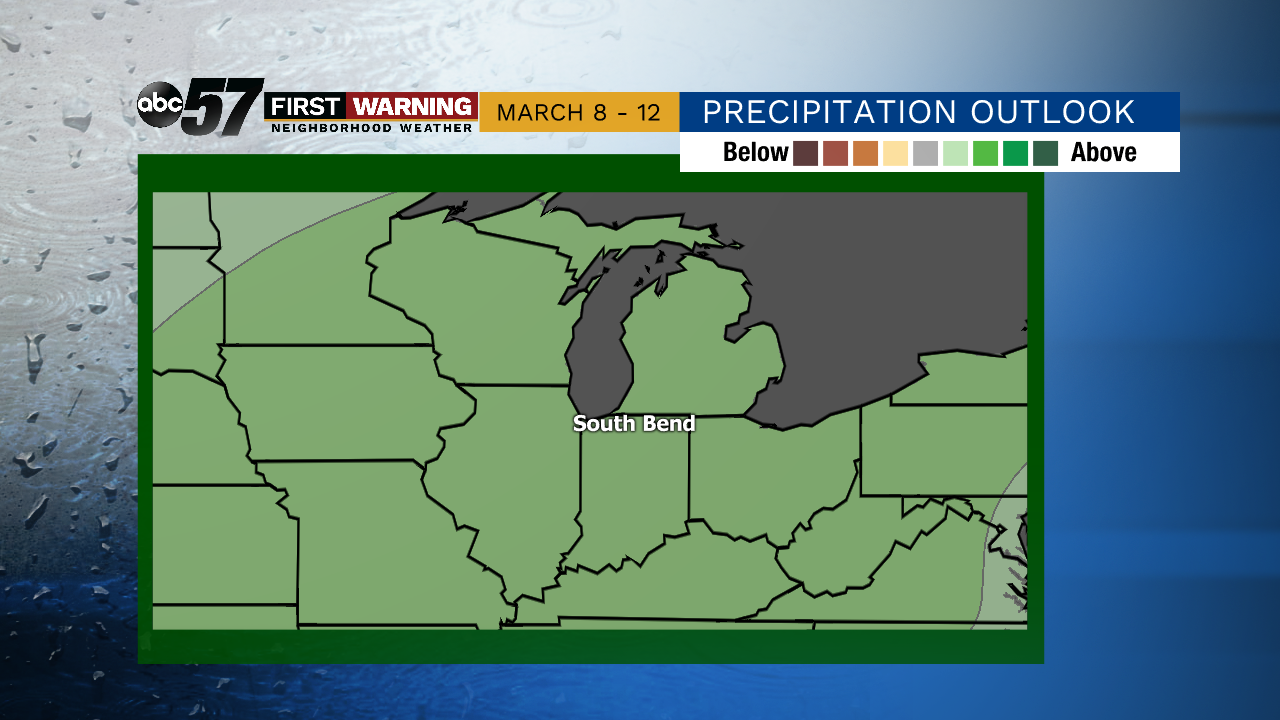 Going later, the 11-17 of March, it looks like we are going to be just above normal precipitation again. 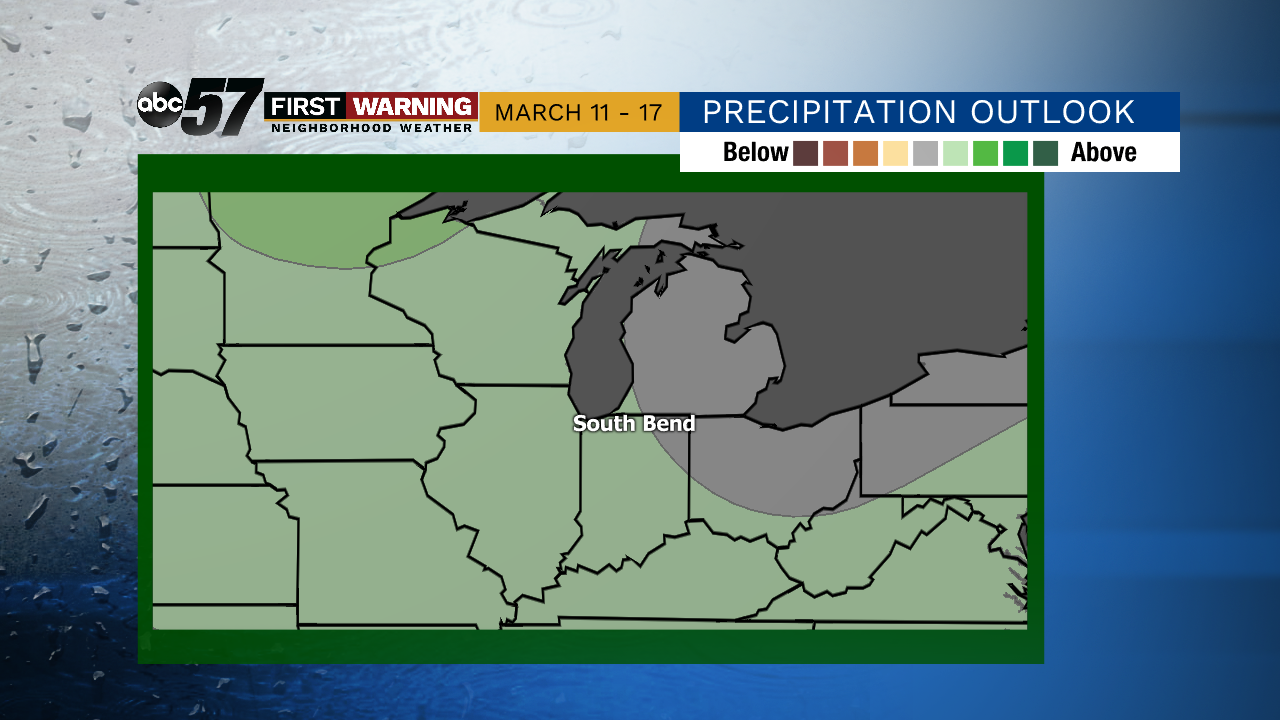 Here is the outlook for the entire spring season. Normal rainfall amounts are listed for each month. It is likely that we will see above normal rainfall totals in 2020, especially during the months of April and May. There is a greater than 40% probability that precipitation would exceed monthly and seasonal norms. 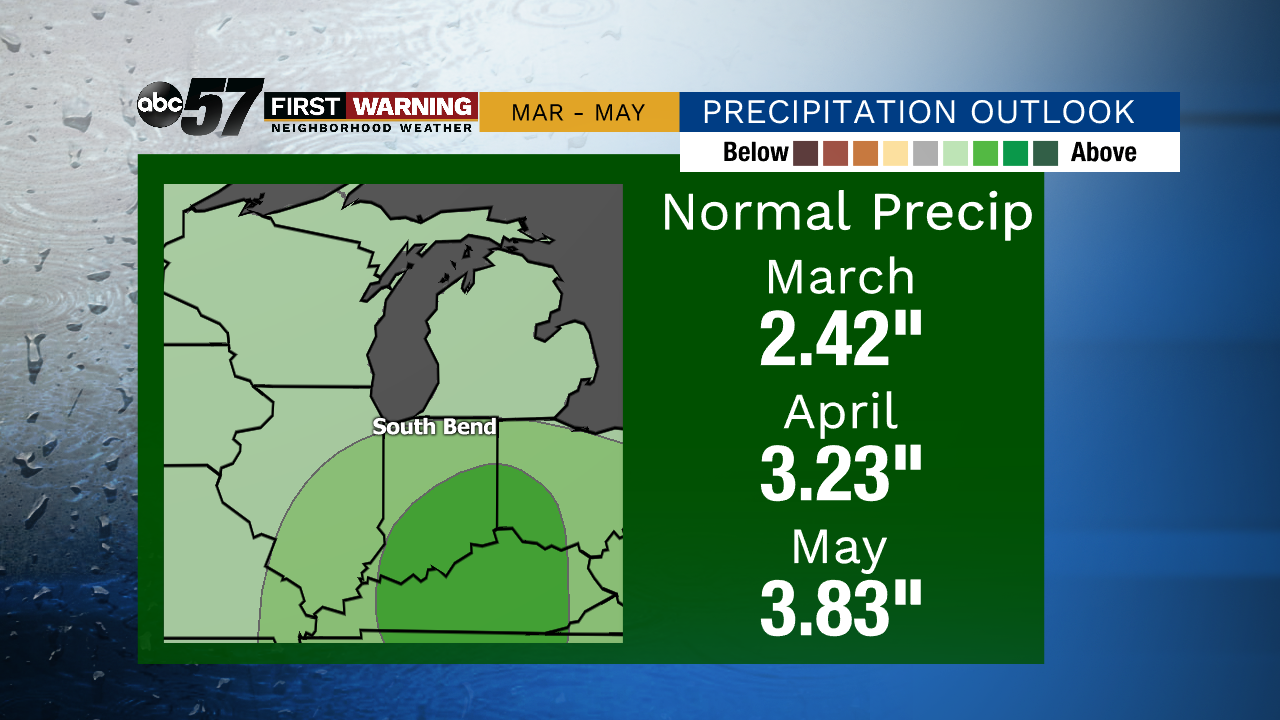 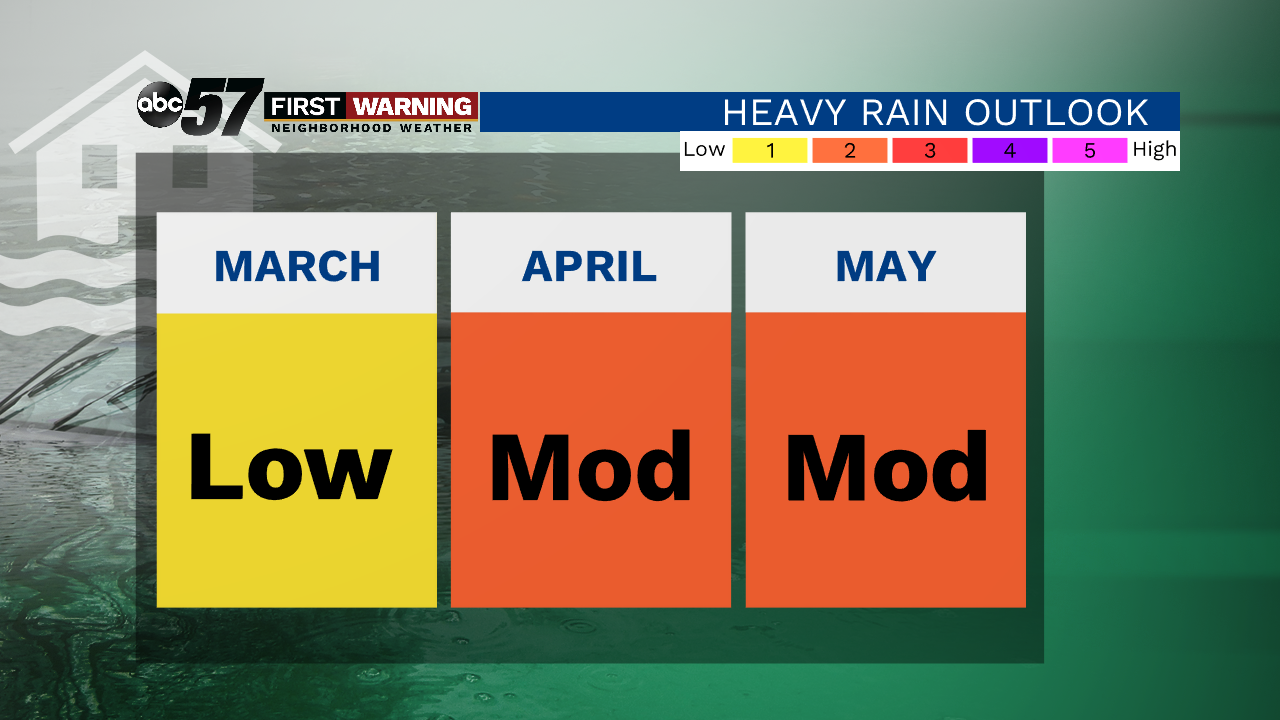 Contributions to this story also made by: Tom Coomes
Share this article: