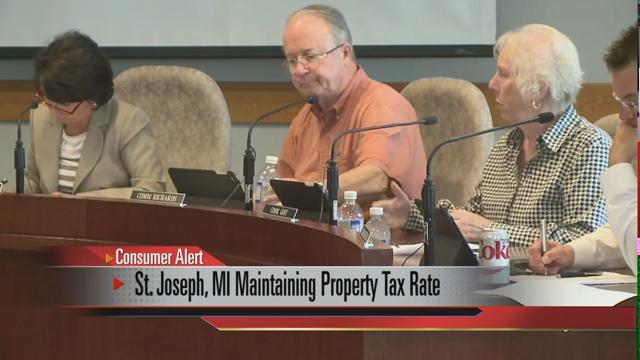 If you live in St. Joseph, Michigan you could be paying more on your property taxes in the foreseeable future. On Monday night the city commission discussed raising part of the millage to pay for the Rubbish Fund.

One citizen says he's not sure why they need to increase taxes because it appears that the city has a surplus of money every year.

A couple of commissioners are hoping to decrease city spending.

Mary Goff said, “Is there any way we can save some money somewhere for the taxpayers? These are tough times. Nobody passed a millage in the state."

The city wants to increase the millage from 1.78 to 2.3786 to pay for rubbish which includes things like recycling and leaf pick up.

Emlong said it's tough that the costs for homeowners continues to grow.

Also in the city meeting was the first reading of an amendment that would change an alcohol ordinance.

If you get caught with an open container in St. Joe your punishment could be a misdemeanor instead of a civil infraction if the amendment passes at a future meeting.

The Director of Public Safety said it would give police the option to use a search warrant.

Mark Clapp said, “We would like to have the criminal one as an additional tool for that and that addresses more of the possession of the alcoholic liquors in public.”