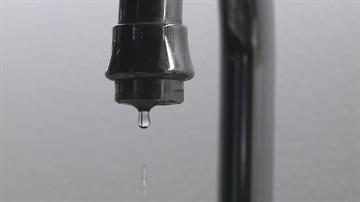 Months ago the board began working on a county-wide plan to deal for groundwater, septic systems, sewer and drinking water to deal with large portions of St. Joseph County where water doesn’t meet safe drinking water standards.  Though there are concerns about a number of contaminants, the main focus is on nitrate levels that could be coming from leaking septic systems.

"If they get too high they're over the maximum contaminant level and you can get what's called blue baby syndrome,” explained Dave Jeffers, a hydrogeologist.  “It can affect mainly new born children so it's a health concern."

At their regular meeting on Wednesday, Dave Jeffers briefed the WARB on the plan he’s developed to test groundwater in the northern part of the county to determine how bad the problem is and eventually figure out a solution.

The plan is to drill a number of testing wells along the state line to determine what, if any, role areas of Michigan play in the contamination.  Many other testing sites will be dug out in areas around Granger.

"There's certain neighborhoods that are we know impacted and some neighborhoods are only moderately impacted,” Jeffers explained.  “We're trying to identify why that is, is it the septics?  Is it the base flow coming from the agricultural areas in Michigan?  What's happening there?"

Testing wells will be dug at numerous locations and testing will also be done on established wells of varying ages, the depths of the tested wells with also vary.  All of this is being done to determine where the contamination is worst, why and what of the possible solutions would work best.

Drilling at testing sites begins next week, samples will be taken for one-year to determine how widespread the contamination is and what to do about it.