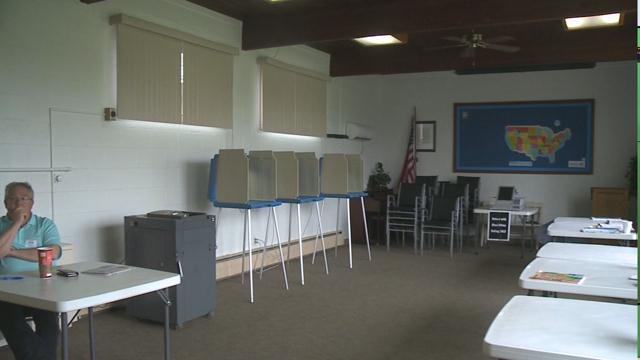 Primary elections are typically slower in the county, and election officials say Tuesday's numbers might be even lighter than the last primary election.

“The biggest rush has been a husband and wife but otherwise it's been very, very slow,” said precinct judge John Mazeurkiewicz.

Campaign signs filled the lawn of Howard Park Recreation Center, pointing voters to the precinct inside the building.

But poll workers say they spent most of the primaries just waiting, as just a few voters trickled in throughout the day to cast their ballots.

“It is very slow," Mazeurkiewicz said. "Municipal elections, obviously it's a primary, maybe the rain is holding some people out but hopefully we'll get some people here before 6.”

But if absentee voting is an indication of Tuesday's turnout, the chances of seeing anymore voters are slim.

And other polling places in South Bend are seeing fewer voters as well.

“It seems like it's a little under compared to what other workers have seen in previous years,” said precinct inspector Brandyn Baumbaugh.

Baumbaugh says voters should be more active in these elections, because they matter.

“If you're going to complain later you might want to get your say in now.”