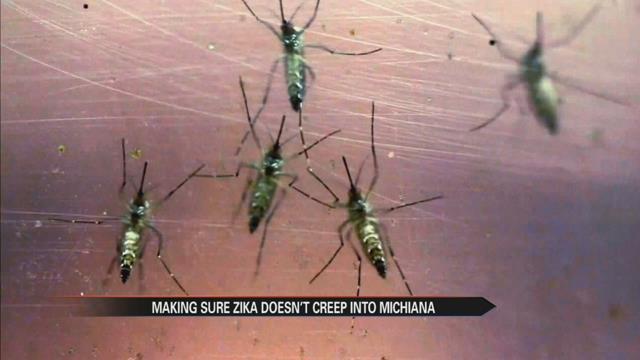 As the presence of the Zika virus continues to spread in Florida.

Now, The Center for Disease Control is confirming 14 cases in Indiana that are travel-related, including one in St. Joseph County!

The likelihood that Zika spreads in Michiana?

"Very low. We are so far up north. And the virus is predominately in the south. Even though the disease is present in the far south of Indiana, we have practically little or none."

However, there was one confirmed case in St. Joseph County in February.

They are now receiving a $3,000 grant from the Indiana Department of Health to battle not only Zika but other mosquito born viruses including the West Nile Virus.

"What we applied for the grant for was to get certified to begin with, but then get the training to keep the certifications and a little more than half was to buy larvicide," says Nick Molchand, who is an administrator with the St. Joseph County Health Department.

With the larvicide experts are hoping to kill off the mosquito before it has a chance to spread the virus.

"We probably won't see many if any in northern Indiana," says Molchand.

"Be sure to protect yourself from mosquitoes and to protect your sexual partners with barriers, because we know that is transmitted sexually from males to females and from females to males."

Molchand says even though the $3,000 is not a lot of funding it’s still better than what they were working with before, which was zero dollars.