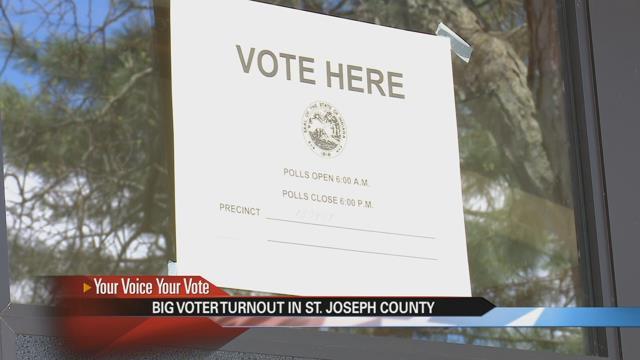 It was a big turnout for St. Joseph County voters Tuesday.

“I don’t see a lot of people. This time I did,” voter Robert Paszkiet said.

She says one thing that helped keep things moving was the new iPads used to check in voters.

“It does go quicker than looking for the name and telling them they’re at the wrong precinct and all that. We can just know right away,” Dudley said.

Paszkiet said he loves the new check in system.

“I think it’s a good idea and I hope they keep this going,” Paszkiet said.

The iPads weren’t without their drawbacks.

At one location, they caused a delay for some voters because of technical errors.

While the general consensus was smooth sailing, many St. Joseph County voters were disappointed there were no “I voted” stickers in some locations.