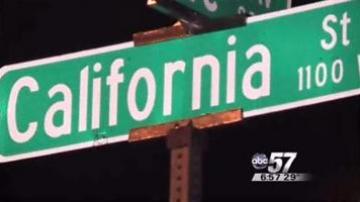 It happened at the intersection of California and Allen Streets around 1:30 a.m. on Friday.

Police say a group of people were walking down the sidewalk when a black car pulled up and started firing shots.

A 17-year-old and 19-year-old were injured. One teen is in critical condition after being shot in the hip, the other was shot in the chest and is in stable condition.

Police believe this incident might be connected to the shooting that happened last weekend at the Century Center. One of the victims involved was present at the Swagger Fest dance.

At this time police have no suspects.

Stay with ABC57 both on-air and online for continuing updates throughout the day.