ST. JOSEPH, Mich.—A 21-year-old St. Joseph native celebrated five years of being cancer free by releasing a documentary about his journey, with the hopes of raising money for the organizations that helped him through it.

Kevin Jones was diagnosed with Germinoma brain cancer in 2014 when he was in high school.

“I originally started having symptoms of double vision and back pain and I thought it was stress-related because I was starting high school and my grandma was sick so we went to Great Lakes Eye Care in Niles and we kind of looked at it and they said your vision’s great but there’s something else blocking it behind it,” Jones said.

An MRI showed a tumor on Jones’ brain stem.

“I was cancer free,” Jones said. 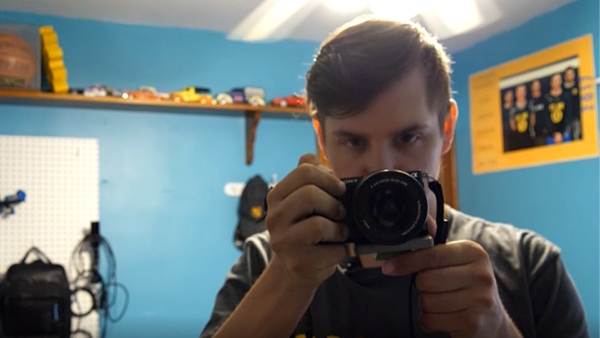 Kevin Jones is planning to major in TV and film production in college.

In September of 2018, Jones got the idea to use his interest in film production to create a documentary about his journey, with the help of his friends.

“We started from St. Joe, Michigan and we went to Chicago, at the hospital and then the proton center out in Illinois, and then we went down to Oklahoma City,” Jones said.

The idea was to interview his doctors, nurses, parents and the important people he met while fighting for his life.

“I feel like creating a documentary about my story will help inspire other people and not only inspire people but to bring light to a serious disease like cancer because some people don’t want to talk about it,” Jones said. 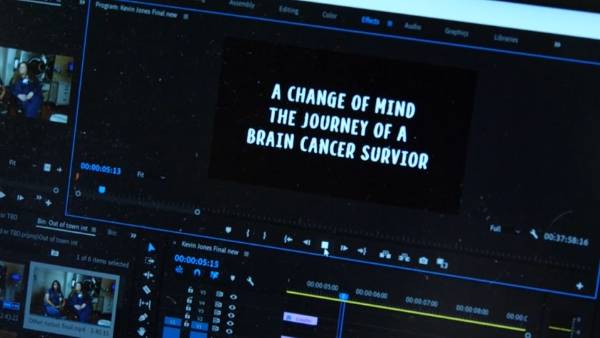 Jones released the nearly 40 minute documentary called “A Change of Mind” on August 1 to mark the milestone, and with it, a link to donate to the organizations that saw him through some of the most difficult months of his life.

“I’m always about giving back to the people who helped me during my darkest hour, I want to give back, just to help continue their program and help it strive,” Jones said.

Jones is heading off to Ferris State to major in film and TV production in the fall and hopes to continue making films that have the potential to help others.

Click here to view Jones' documentary and learn more about his fundraiser.