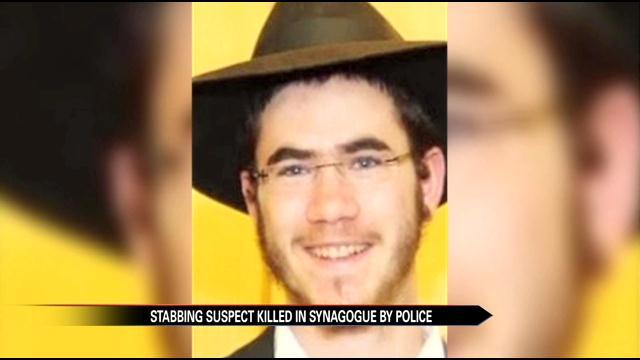 Brooklyn police shot and killed a suspect early Tuesday morning who they say stabbed a man inside a synagogue.

The confrontation was caught on cell phone video as the suspect stabbed a man in the neck while he was praying.

Police say the suspect initially obeyed their commands to put down the knife, but he suddenly grabbed the knife again and lunged toward an officer.

One witness,only wanting to be identified as Israel, says before he was shot, the attacker was shouting nonsense.

Police say the suspect was a 49-year-old man with a history of emotional issues.

The stabbing victim is a 22-year-old student from Israel and is expected to make a full recovery.
Share this article: