'Star Wars: The Force Awakens': What the critics say 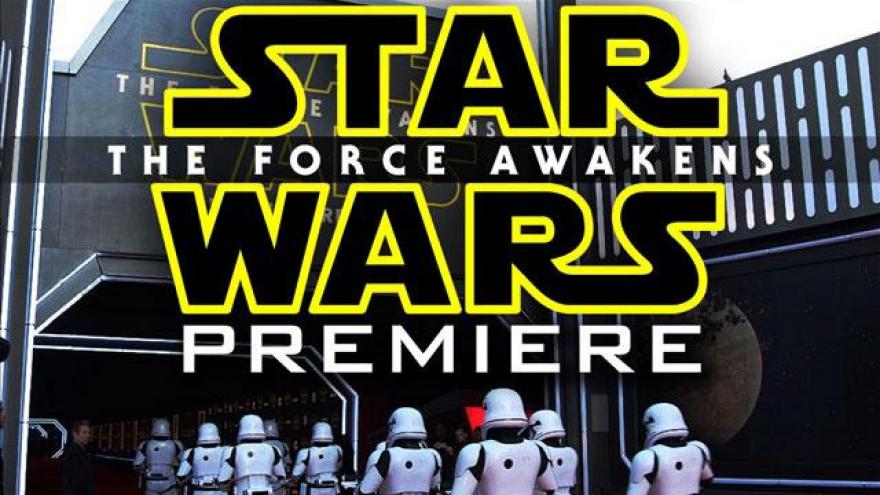 By Thomas Page for CNN

Chris Nashawaty of Entertainment Weekly called the film "a rollicking adventure wrapped in epic mythology," whilst Ann Hornaday from The Washington Post said "'The Force Awakens' strikes all the right chords, emotional and narrative, to feel both familiar and exhilaratingly new".

Much of the praise was directed at J.J. Abrams, the producer/director/screenwriter largely responsible for kicking the series back into gear.

Robbie Collin of The Telegraph argued that "J.J. Abrams's film sets out to shake Star Wars from its slumber, and reconnect the series with its much-pined-for past. That it achieves this both immediately and joyously is perhaps the single greatest relief of the movie-going year."

Meanwhile Nashawaty wrote that "[Abrams] took a worshiped pop-culture franchise with a rabid legion of disciples, treated it with respect, and made it matter again."

Kate Muir of The London Times agreed, suggesting that "while George Lucas came up with the brilliant idea, Abrams is a better action director, and takes 'Star Wars: The Force Awakens' into more sophisticated territory."

Many columns have already been written about the diverse cast of "The Force Awakens," and The New York Times' Manohla Dargis was quick to note Abrams, a longstanding "Star Wars" fan, was the perfect choice to bring the series into the twenty first century:

"Mr. Abrams may be as worshipful as any "Star Wars" obsessive, but in "The Force Awakens" he's made a movie that goes for old-fashioned escapism even as it presents a futuristic vision of a pluralistic world that his audience already lives in. He hasn't made a film only for true believers; he has made a film for everyone."

Critics were quick to spot plot similarities to the original trilogy, but that seemed to matter little, and all agree it's a pleasing experience for fans.

Jen Yamato of The Daily Beast argued "this is a sequel that's clearly been written for fans who will quiver at every reference line, every throwback nod, even the sight of a few familiar background players brought back just for the hell of it."

"Risking heresy, it's worth noting that Abrams actually did smarter, more inventive work on his 2009 reboot of "Star Trek," no doubt in part because he was working with a less heavily guarded enterprise. "Star Wars," at once a cultural juggernaut and a sacrosanct institution, resists any attempt to reimagine its landscape too aggressively or imaginatively; that may be to the detriment of this diverting first effort, but Abrams has more than stoked our anticipation for what his successors may have up their sleeves."

Overall critics were bending over backwards to extoll the virtues of the film whilst giving as little away as possible.

"'The Force Awakens' gets it. It gets what makes 'Star Wars,' 'Star Wars,'" wrote Ali Plump at Digital Spy, whilst Joe Morgenstern in the Wall Street Journal was blunter still: "Just see it. You'll love it."

If you were undecided before, perhaps now's the time to book your tickets.