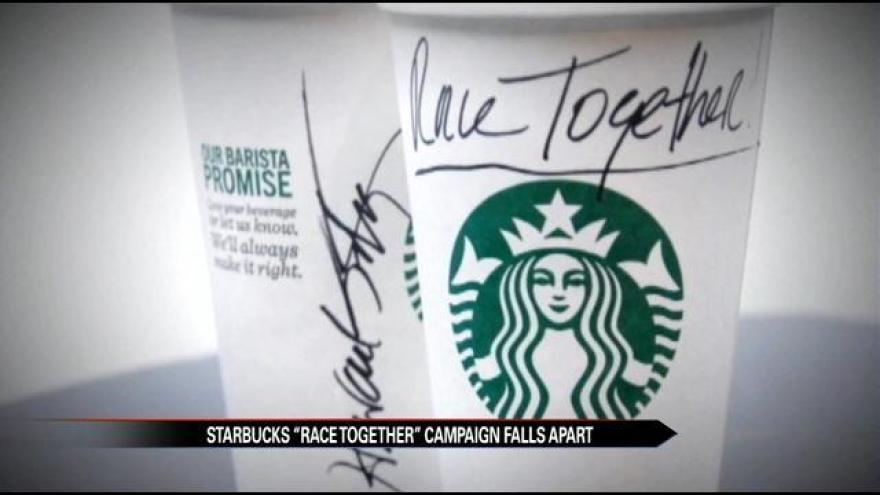 The Starbucks "Race Together" campaign may be falling apart.

Early last week, the company urged its baristas to write that slogan on the side of coffee cups hoping it would spark conversations with customers about diversity and race.

The CEO is now announcing baristas will no longer be writing that phrase.

"I think we knew going in, this is a highly emotion issue that divides a lot of people across the country when you talk about race and racial inequality," said CEO Howard Schultz.

In a memo to employees, the CEO says he believed it would start an important dialogue.

The company says it will now move forward with other initiatives, including opening more Starbucks stores in urban areas.