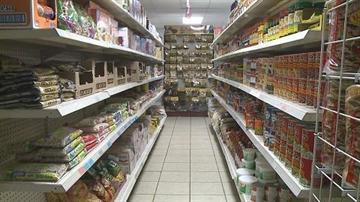 SOUTH BEND, Ind. – In light several violent robberies that have left a number of injured and dead convenience store clerks in their wake; state labor officials and retail groups promise a plan to better protect workers by May.

Meanwhile, employees at Irene’s Market and Panaderia on West Western Avenue are being extra careful.

In the past, Sandra Martinez would work the late shift with just one other employee. The two would work on opposite sides of the building and with little visibility of one another.

That is until recently. Now, a third employee is on duty most nights in order to put another body in the store and another set of eyes watching for trouble.

The shop, which is part bakery, part diner, and part grocery store, has been robbed at least twice in the last few years.

One of those times, thieves kicked in the front door and took off with some coins, after breaking the cash register. That theft happened after hours.

But another robber happened in broad daylight. According to Martinez, the thief made his move near midday during the summer.

While it has been quite these past few weeks, Martinez is always nervous after the sun goes down.

She is so nervous, she locks the door an hour before the store closes, then screens potential customers who come to the door before deciding to let them in or not.

In the back of the store, Victor Reyes cooks meals on the flat top grill.

He can’t see the front of the store from his vantage point behind the counter; so he is grateful for the additional help behind the butchers counter.

Adding extra workers to later shifts is just one option state labor officials are looking at.

Another proposal calls for a panic button to be installed.

Martinez and Reyes welcome the idea.