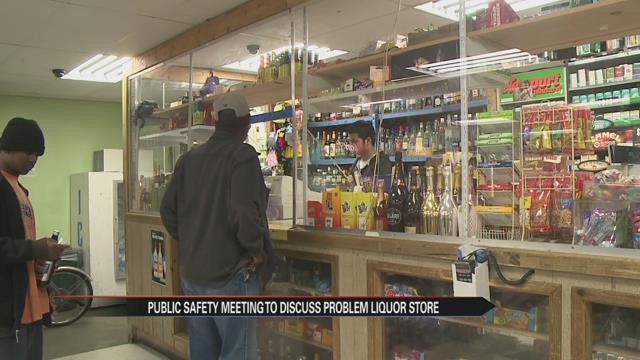 ABC57's story on the liquor store in Benton Harbor that received 154 police calls in a year was brought up at a public safety meeting.

Watson said, “We got to lobby the state for stuff like this.”

In our report the store manager said it's not his fault. He can’t stop crime from walking in his front door.

Joga Singh said, "They’re selling the marijuana and drugs. No good things. Then sometime they come inside and sell to the people.”

Adams said, "She couldn’t believe what she was seeing that early in the morning. Can we put an officer up there?”

McGinnis said he doesn’t have the man power to a fix a problem he doesn't even have the power to rectify.

McGinnis said, “Because the state hasn’t been taking no action when we give them violations. We have the ability to actually snatch licenses ourselves because you must be licensed to the city.”

McGinnis wouldn’t speak directly to ABC57's Alexandra Koehn about this public safety matter so we still aren't sure why there has only been one complaint made against the store in 2015.

McGinnis said, "No I’m not talking about stuff like that because I think you purposefully try to make Benton Harbor look bad.”

J and B’s liquor store has a reported 17 complaints since 2006 and only one complaint in 2015 for not following state liquor rules.

McGinnis said, "They’ll get their little fine and get smacked on the fingers and the state lets them keep operating.”

Jason Moon, a spokesman for the Michigan Liquor Control Commission said it’s up to local law enforcement and city leaders to ask the state to revoke a license, and then the state will investigate.

Moon said,"That would be up to the commission and they would weigh the severity from the number of incidents whether or not the establishment came into compliance so everything is judged on a case by case basis.”

McGinnis believes the liquor store should hire its own security company.