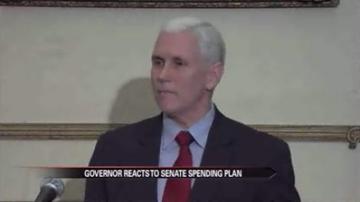 Pence wanted up to a 3.6 percent cut. Republicans settled on 3.3 percent.

They say that combined with eliminating the inheritance tax and several business tax cuts, they're still reducing the government's take by about half a billion dollars.

"I believe that we are getting on the same page. But let me be clear. There are still details and differences about levels of spending and priorities," said Mike Pence.

Pence says the senate plan is a good start and more discussion is needed.