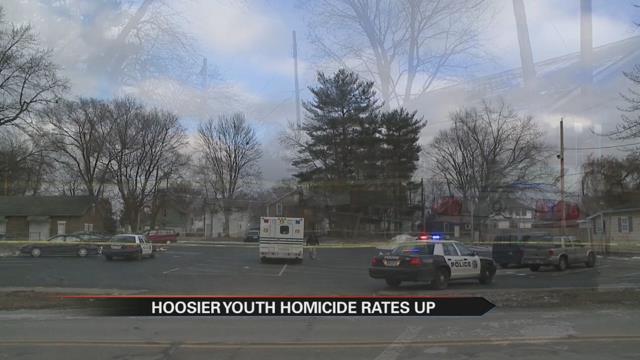 A study released Monday says youth homicides have gone up in the state of Indiana.

From 2012, to 2013, the latest data available, the number of young homicide victims nearly doubled statewide.

The statistics, released by Kids Count and the Indiana Youth Institute, show the number of youth homicides went from 35 in 2012, to 65 in 2013.

The large percentage of youth homicides occurred in Marion, Lake and Allen counties.

In the northwest Indiana area, there were 9 youth deaths ruled homicides.

Elkhart police say they typically don’t see many youth homicides, but saw a very small increase  from one in 2012 to two in 2013, from one to two.

Sgt. Chris Snyder with Elkhart City Police says although his department doesn’t see many youth homicides, any violence against children is staggering, and needs to be stopped.

“We’ve only had one or two homicides most years where unfortunately a child has been the victim. A couple years ago we had a few more, and last year we had a couple more, but it is kind of an alarming number of homicides involving kids,” Snyder said.

According to the study, nearly 60% of the youth who were killed in homicides in the Hoosier state were teens between the ages of 15 and 19.