It has been H-O-T across Michiana lately. This pattern is not normal for late September, and h 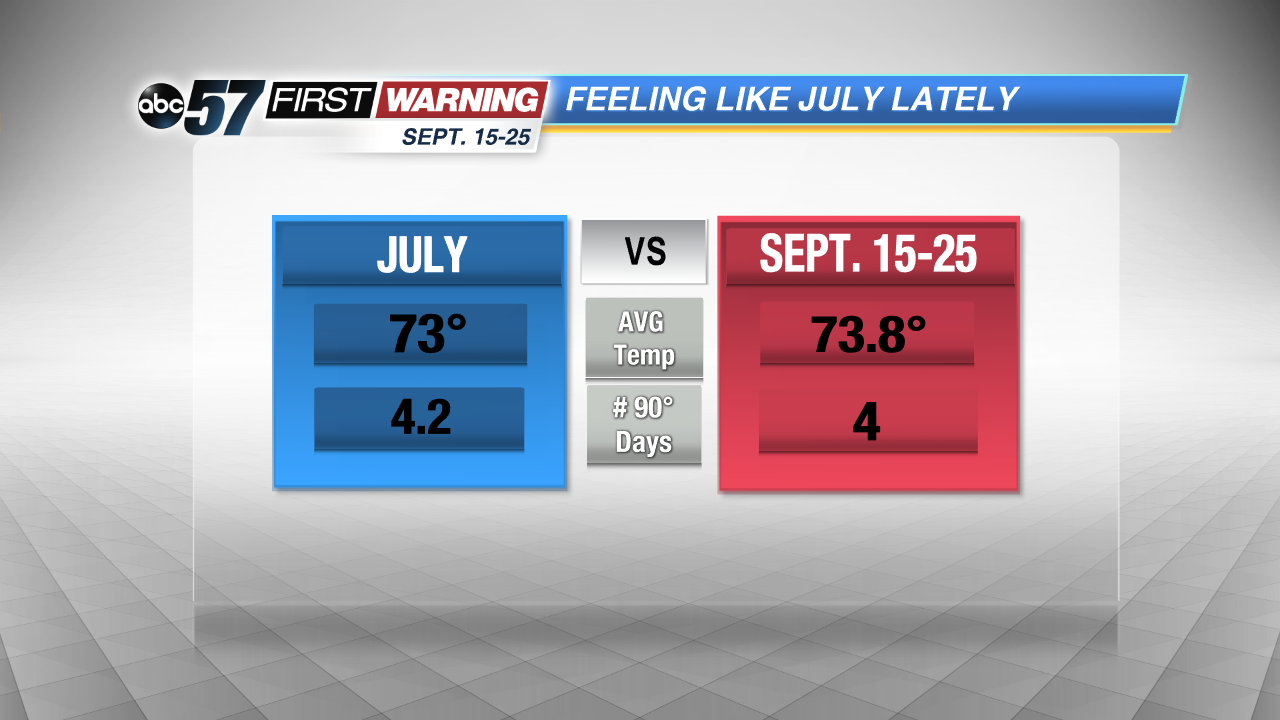 Temperatures have been at one extreme or the other all month, which has caused the temperature average to even out. The monthly average is only 1.2 degrees above normal. Below is the breakdown of temperatures we norm 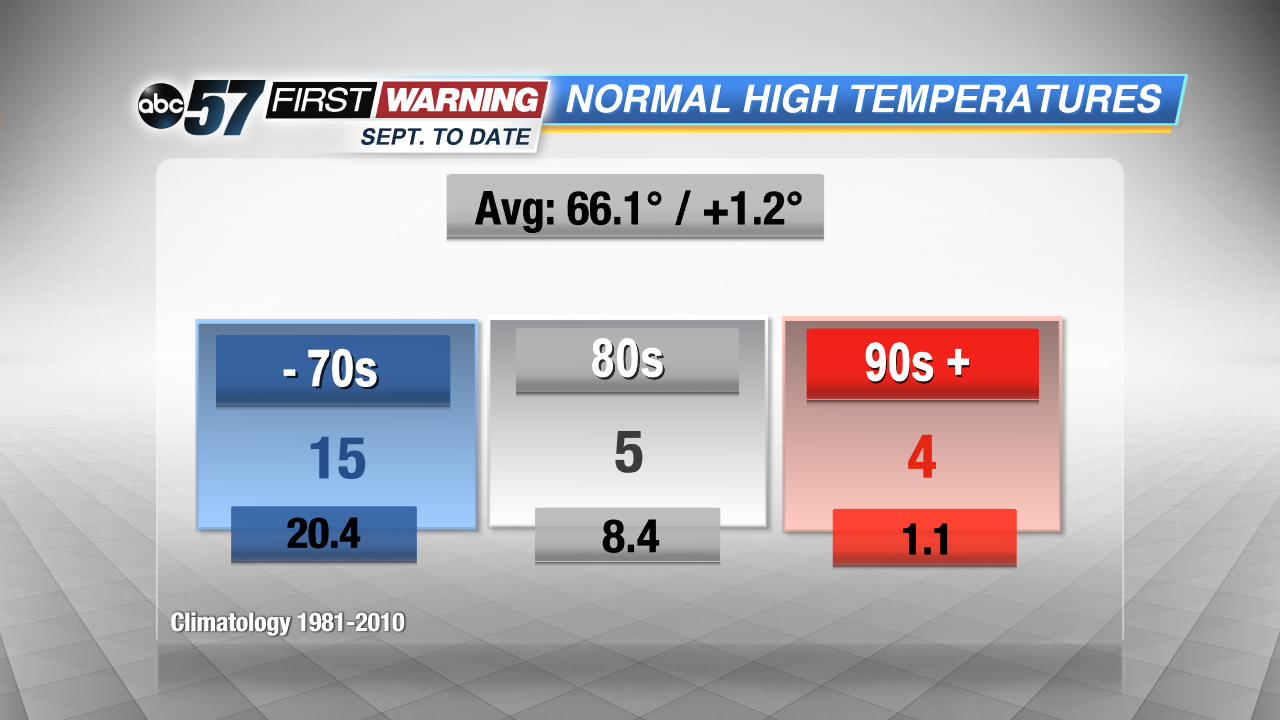 # Observed in large box. Average in small box.
ally see during September. Currently, there have been fifteen days in the sixties and seventies, five days in the eighties, and four days in the nineties. The number that stands out is the number of nineties, because it is much higher than normal, but that number is not expected to climb.

Michiana usually has its last ninety-degree day on August 20th, over one month ago! The latest the area has ever seen a ninety-degree day is September 26th, which is tomorrow. The record will not be broken this year. Michiana still has a 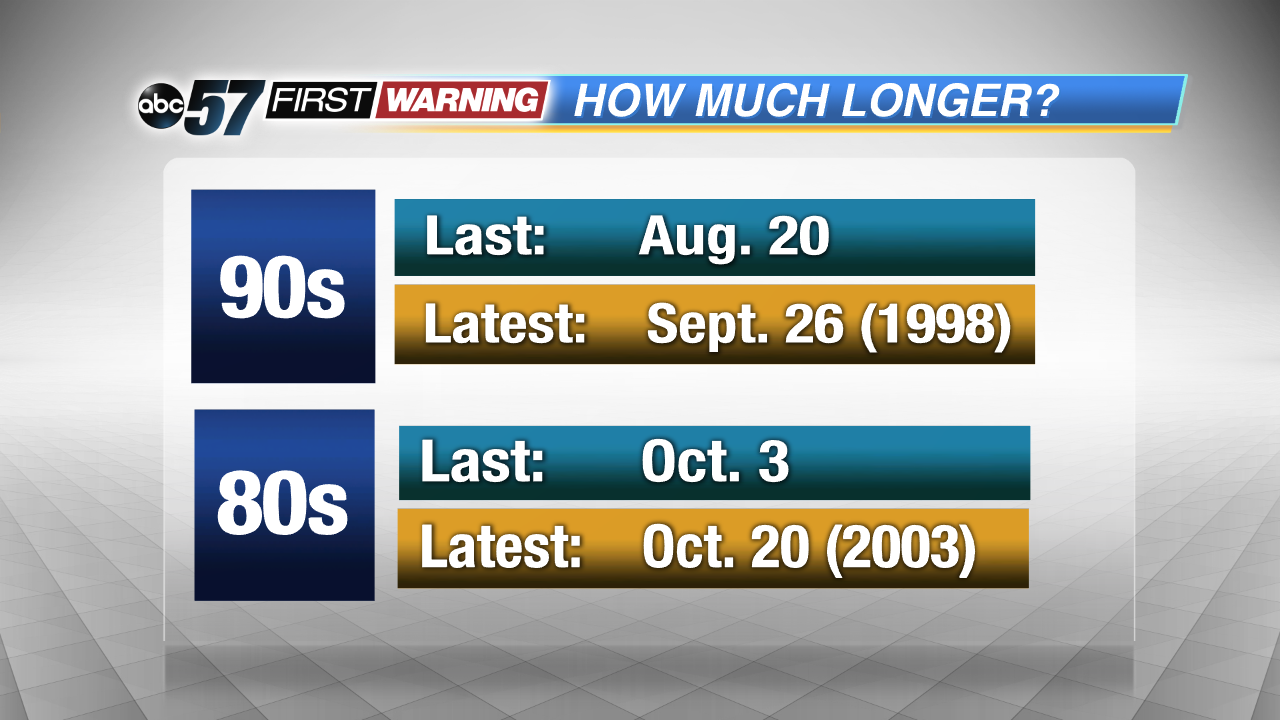 chance for some warm, Indian Summer days. The last eighty-degree day is normally October 3rd, and the latest on record is October 20th.