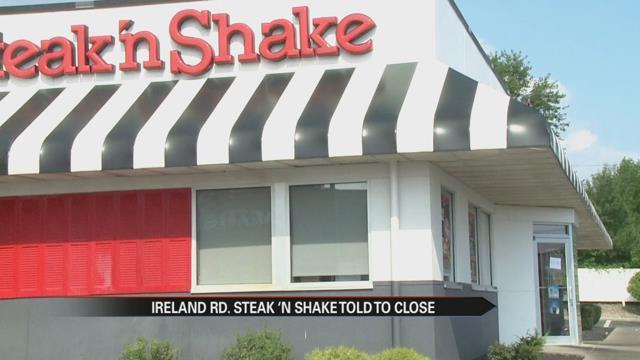 For the third time in less than two years the Steak ‘n Shake on Ireland Road in South Bend was forced to close because of health code violations.

After an inspection Tuesday morning the restaurant will be closed until further notice.

The St. Joseph County Health Department acted swiftly and the restaurant could be closed up to 30 days.

“It was a poor inspection. Not real bad, but poor enough to believe because of the history that we’ve seen here, that you are out of probation, things are starting to get bad again,” said Nick Molchan of the St. Joseph County Health Department.

The first failed inspection came in November 2014, which was followed by a 5 day closure and 6 month probation.

Then again in October of 2015, another failed inspection, resulting in a 5 day closure and again a 6 month probation.

Violations ranged from near room temperature half and half to hand sinks with brown greasy residue.

On July 25th, another inspection raised eyebrows and the department of health acted swiftly.

“We issued them an abatement letter stating that we would be back on or before August 9 to do an inspection and all of those violations need to be corrected. And indeed when our inspector was out there, it was worse,” said Marchan.

From the 8 violations back in July, Marchan says 5 were repeat violations among other numerous new violations.

“With the discussion with the officer, myself and our assistant food director, we decided to close the establishment and keep them closed until our hearing could be scheduled,” said Marchan.

For Steak ‘n Shake, the penalty could be severe.

“As long as I’ve been here, we’ve not had to take that ultimate step of 30 day closure. But it could happen in this case,” said Marchan.

A hearing to decide if in fact the 30-day penalty will be enforced will be Monday morning at  10am.