Still bowling after a century: one Niles man celebrates his 100th birthday 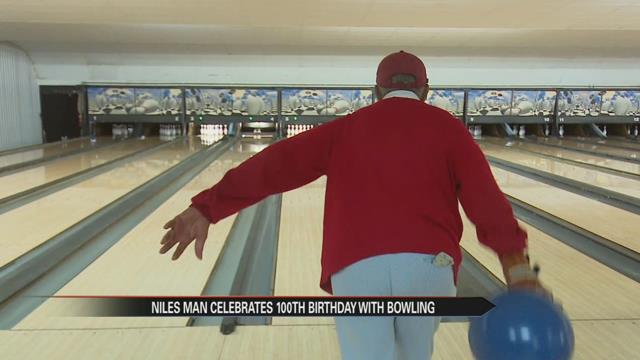 And the group he’s been a part of for more than 30 years, the Niles Bowling Association, held an event Saturday in his—and his late wife’s—honor.

And he’s way out-lived his siblings.

All five generations of his family are certainly hoping to have him around another ten years.

“The best description of my great-grandfather is influential, because he’s influential in everybody’s life that he meets whether it’s at church, bowling, his family,” said Timothy ‘D.J.’ Fowler, Parker’s great-grandson.

And on Saturday, to celebrate that influence, the Niles Bowling Association honored him and his wife, Norma Taylor, with a bowling tournament in their names.

“Anybody that knows my father knows that he loves bowling,” said Parker’s daughter, Carol Taylor-Fowler.

“First we did for Norma Taylor, because she was our secretary for like 20 years,” said Niles Bowling Association Director Pat Gresham.

“Then, they decided to add Parker,” said Gresham.

He was president of Niles’ Monday senior league for 30 years.

“The fact that the Niles association has honored my mom and dad, it’s really something, because it doesn’t happen too often,” said Carol.

“I don’t know why they’re honoring me,” said Parker.

And his secret to living a century is pretty simple.

“I just wake up every morning for these 100 years,” he said.