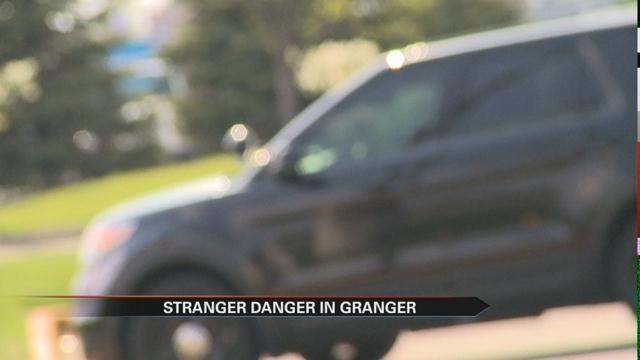 The subdivision is called Fox Chase and police say three men inside the van asked the girl to get in it and once she said no, the van followed her throughout her neighborhood until she lost them.

Parents in the neighborhood say after hearing of this, they had the “Stranger Danger” conversation with their kids.

“Just because of my zip code, I don't think we're safer here than anyone else,” says Kelly Kryder, a Granger mom who lives in Fox Chase.

Kryder and her family have lived in a quiet cul de sac in Granger for 6 years, she says she wouldn't expect something like that to happen in the middle of the day.

This incident has Kryder feeling uneasy.

“I feel violated,” she says.

Kryder says it has caused her and other moms to have the important “Stranger Danger” conversation with their kids.

“I hated to have that conversation but it had to be said,” says Kryder.

St. Joseph County Police said the teenage girl in this incident did the right thing by running straight home and calling the police.

They say descriptions of the suspects are vague. Police are investigating.